Is money more important than knowing why?

What does a person need to be in a good mood? And what is more important: time or money? 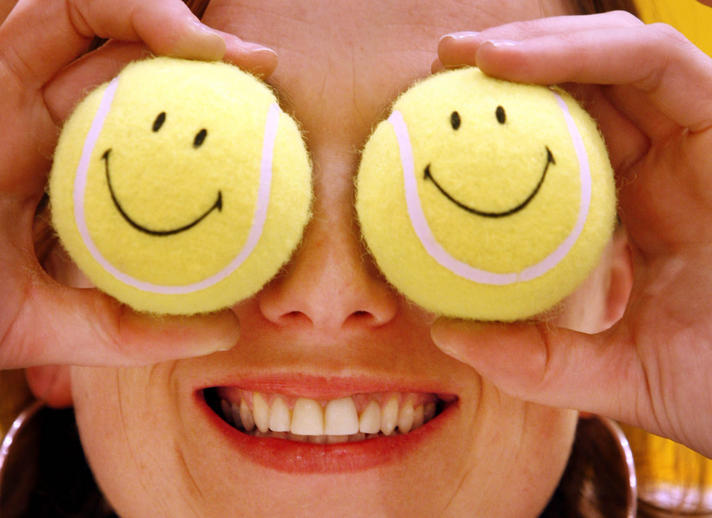 Happiness is easy to seek but difficult to find. Hosts of authors write guidebooks, directors dramatize “The pursuit of happiness”, “The search for happiness” or “The principle of happiness”, many people search their entire lives. But there has been some progress in recent years. Since happiness research became fashionable among economists, they have not only found out more and more about what happiness depends on - but also about how the individual can influence it. A couple of recently published studies provide new insights.

Luck alone does not make you happy either

If you want to be happy, you first have to know: happiness is not just happiness. There are at least two types of it. The first type is emotional happiness, basically a good mood. It knocks out quickly; The mood is often better on Friday evening than on Monday morning, but it also quickly settles down to a certain, individual basic level. “Feelings and moods indicate whether you are getting closer to your goals,” write researchers Steven Stillman and Malathi Velamuri in a recently published study. But a positive effect does not last in this case. Those who move into the sun may be happy for a moment. However, it does not permanently improve his mood. Salary increases above a certain level also do not improve the mood any further. The only exception: emotional happiness never gets used to permanent pain. Unsurprisingly, they keep people in a bad mood.

The other kind of happiness is fundamental. It's about how satisfied a person is with their life. It does not matter whether it is a work or a public holiday. But unemployment hits the office. Salary increases also keep improving this happiness, with no upper limit.

If you find it difficult to tell the difference between the two types of happiness, it is best to imagine the parents of young children. They are typically in a pretty bad mood from all the nights that have been woken up and the children screaming, but they are generally much happier with their lives than childless people.

Those who have money and want time will be happy

So far everything is known. But what about the goods? Which ones are central to happiness? A team of researchers from universities in Los Angeles and Philadelphia took a closer look at the trade-off between money and time. In seven surveys with a total of almost 6,000 respondents from the United States, it examined when people are happier: when they had more money or more time to spare - and which good they wanted more urgently.

The result is clear: the more money they had, the happier people were - and the sooner they wanted more time. That makes sense, because many high earners have little time. But the effects also work individually. Even among the high earners, happier those who wanted more time were. “It seems to be better if you want more time, but it also seems to be better if you actually have more money,” the researchers conclude.

One of the team's surveys indicates that this could be due to one's inner attitude: Those who want more time often think fundamentally differently than people who want more money. According to the survey, fans of the time did not have a feeling of lack, but instead found additional time as gain. And they wanted to use them for others, friends or children, rather than themselves.

Do I have my life under control?

Another question of inner attitude is also important: whether you believe you have your own life under control - or whether you see yourself exposed to external influences, from other people or from luck and bad luck. “I have little control over what happens to me,” say people with the second attitude in surveys. Or: "Sometimes I feel like I'm being pushed around in life."

These are completely different statements than: "I can do practically anything that I really concentrate on." Or also: "What happens to me in the future depends above all on me." The latter is what psychologists call "control belief". Economists are also making increasing use of this knowledge in order to take different personality types into account in their research.

Those who are convinced that they largely influence their own fate are typically more successful and happier. Economists have known that for a while. But that's not all. Two researchers from Boston and Chennai in India have now investigated what happens when life literally “interferes” with the pursuit of happiness.

In a large Australian population survey of more than 7,000 households, they looked at the effects of blows of fate. What happens when someone is a victim of a crime? What if someone gets sick or injured? In fact, in this case too, it was good for happiness if those affected believed in control of their lives. Anyone who did this coped much better with misfortune: the negative effects were weaker and lasted shorter. That was not only true for the feelings and the good mood, but also for the overall view of one's own life.
But: It only applied to the men. The women reacted differently.

If the women interviewed had gotten sick or injured, even the conviction that they could control their own fate did not help them. This changed nothing at all. On the other hand, if the women were the victims of a crime, then the belief in control had an influence. But different from that of the men. For women, the crime was all the worse if they had previously believed in control of their lives, especially if their mood worsened dramatically afterwards.

The researchers conclude: "In some circumstances, women seem to find it easier to deal with unexpected calamities when they feel that events are beyond their control."

What does a person need to be in a good mood? And what is more important: time or money?