Is God a myth that was created by humans

Nobody was there, "at the beginning", when "heaven and earth" came into being. If the Bible describes the process on the first few pages, it can logically not be a record of the events. Already not a scientific explanation. Nobody has to be angry with the texts that are thousands of years old that they do not agree with today's knowledge. Especially since "today's findings" are always only "currently the best working hypotheses" and only apply until better ones are worked out. For a long time, the fact that the earth is a disk was considered "currently the best knowledge", as has the hypothesis that it is a sphere around which the sun, moon and stars revolve. "Best insights" come and go.

Of course, the Bible does not reveal how "heaven and earth" came into being. The "creation story" of the Bible is not a literal account. That theology and the church insisted for centuries has done a lot of damage and tarnished the deeper meaning of the biblical message.

Creation in the Bible: In the beginning God created heaven and earth

Controversy with the neighboring cults Genesis 1 can be seen with the naked eye as poetry, as a large-scale hymn to God the Creator. On closer inspection, verses and verses become apparent, rhythmically interesting passages and a high level of language. Poetry follows different rules than reports and has to be read differently from a protocol.

"In the beginning God created heaven and earth". This first line is the most important. It was god. The God of Israel. Not a well-meaning or blindly angry fate. Not one of the deities of the Assyrian and Babylonian or Egyptian neighbors. Not one of those mythical figures who supposedly prevailed after abstruse divine battles and intrigues.

Israel's interpretation of the creation story

In constant controversy with neighboring cults, Israel violently contradicts and formulates its own faith: It was God. Our God. The contradiction is particularly violent insofar as Israel largely adopts the wording of the Babylonian creation myth, "the best knowledge of its time", but "demythologizes" it, "our God" inserts it into the text wherever other deities are mentioned .

Israel makes a parody of the creation myth of its neighbors. There is no longer any oversized primeval bird breeding the world. That is what the Spirit of God does over the waters. The sun, moon and stars no longer have the quality of fate-creating gods. Degraded to lamps, they hang namelessly in the sky and only have to ensure that day and night are properly divided.

The word of god

The god whose praises Genesis 1 sings is portrayed as a very distinguished god. He is creative only by his word. He speaks. And it will. And it will be fine. The word of God is a word that creates life. Centuries later, the Gospel of John will bring this belief to the point and almost rewrite the history of God. "In the beginning was the word. And the word was with God. And God was the word."

Genesis 1 also describes our God with the "most modern" possibilities of his time and does not shy away from borrowing from the neighbors' scientific knowledge, which is still astonishing today, despite the controversy mentioned. One of the fruits of early science seems to be detailed and articulated listings of rocks, animals and plants, encyclopedic knowledge arranged from the lower to the most advanced phenomena. Genesis 1 follows this scheme from the creation of the grasses and herbs to the creation of man and woman, and thus chooses an arrangement that, incidentally, is not so dissimilar to current theses.

Typically Israelite is the division of the hymn into seven days of creation with the seventh day as the day of rest, the archetype of the sacred day, the Sabbath. It hardly needs to be mentioned that Israel knew how to think poetically enough not to misunderstand these days as flat 24-hour days, but as spacious phases of creation in the sense of the 90th Psalm: A thousand years before you are like one day.

The text from Genesis 2, which is centuries older, but now appears as the second account of creation, follows a different logic. It appears far more archaic: linguistically and in terms of its ideas. As if Israel were still in a wonderfully naive, spontaneous phase of faith unspoiled by theological reflection at the time of its composition. The text does not even think of starting systematically "at the beginning". The earth is already there. Fog moistens the land: good prerequisites for developing life.

But God appears like a friendly gardener. He forms a model for people out of earth, breathes his breath and puts him in a beautiful garden, "even fun to look at". Only "the person, speak to the man" is boring. Nobody to play with. God creates animals and gives them to him and allows him to name them, to give them a name. In God's creation, however, there is still no one with whom man could communicate. And yet it would be "not good that the person should be alone". There God creates women, as is known: from the rib of the man.

The creation psalms follow another logic, especially Psalm 104. It bears a striking resemblance to the psalm of the Egyptian pharaoh Akhenaten / Amenophis IV (1373-1358 BC). Israel is not afraid to take up this text, which was originally coined for the Egyptian sun deity, and to demythologize it in such a way that a glorious hymn to our God emerges.

The Bible therefore records who "created heaven and earth". It was god. Our God. That is the constant of all biblical statements. How it was, that is the variable, and there are a wide variety of statements about the most varied of epochs in world history. Christians can calmly wait for the latest theory and take note of it with great interest. Your belief always remains the belief in the one who was before all times and spaces, who is in all things and beings and who comes after all worlds and times. 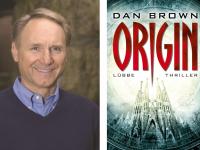 "Da Vinci Code" and "Illuminati" author Dan Brown has sold over 200 million books worldwide, but he rarely presents himself to the public. At the Frankfurt fair he has now presented his new thriller "Origin". In his thrillers Brown circles around art, religion and their relationship to science. When asked how he feels about religion, he says: "I'm not anti-religious".

With the detection of gravitational waves, the interest in space research has grown again considerably. The astrophysicist Norbert Pailer has been dealing with space for decades. He is a Christian and thinks that science and religion can definitely be reconciled. 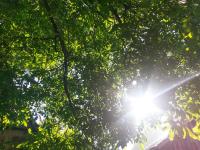 Since the dawn of Christianity, people have been trying to find the Garden of Eden. UNESCO has declared the Al-Ahwar marshland in southern Iraq a World Heritage Site. Medieval maps of the world firmly locate Paradise, and some scientists believe they have rediscovered the Garden of Eden. So did paradise really exist?

Acquiring knowledge and understanding is one of the greatest longings of mankind. But a blind belief in progress leads again and again to the idea that God will soon be superfluous. Science, however, should not compete with belief. Because both fulfill essential tasks in people's lives.
<?