Will the Chinese yuan go up

There is no stopping China's digital currency 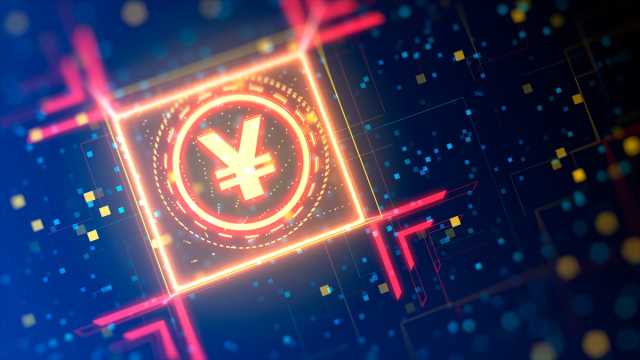 There have been several attempts to develop digital money over the past few decades. Finally, in 2009, Bitcoin managed to create a decentralized, digital form of money. A decade later, global central banks are working on their own attempts to digitize fiat currencies. Central Bank Digital Currencies (CBDCs) can have many positive effects on society, from financial inclusion to reducing illegal activities like fraud and money laundering. In this article, we look at global CBDC endeavors, and in particular China's digital currency, the China Digital Currency Electronic Payment (DCEP) program.

Although exact numbers are hard to come by, it is estimated that less than 10%, perhaps as little as 2% of all money is physical cash. Cash is expensive to produce, distribute, and hold. Since most of the money is already electronic, we are probably on our way to becoming a completely cashless society.

In recent years, CBDCs have moved from obscure experimentation to an inevitable reality. The increasing digitization of commerce, the rise of Bitcoin and other cryptocurrencies, and Facebook's attempt to privatize money through its Libra (now Diem) initiative have all played a role. Adding Covid-19, the macro background seems perfect for central bank digital currencies.

A recent survey by the Bank for International Settlements (BIS) found that 80% of the central banks surveyed are actively working on CBDCs. This includes everything from research to technical development and, in some cases, trials with individual or large customers. According to the BIS, by July 2020 three countries had completed a retail CBDC pilot (Ukraine, Ecuador and Uruguay), while six other pilots were underway, including in China, Korea and Sweden.

The European Central Bank (ECB) recently announced that it was working on a digital euro. The Federal Reserve's Boston branch has partnered with MIT's Digital Currency Initiative to actively test a digital dollar, and the Swedish central bank is working with Accenture on its e-krona pilot.

However, when it comes to CBDCs, China leads the way and is well on its way to be the first major economy to adopt such a system. People’s Bank of China (PBOC) has been working on a digital yuan since 2014 and accelerated its efforts following the announcement of Facebook’s Libra in 2019. Last year it revealed plans to conduct extensive testing in collaboration with four major state-owned banks, technology and telecommunications companies. At this stage, the PBOC will issue digital yuan to participating banks, which will then route the money to retail users. In the next phase, companies like Tencent and Alibaba will act as intermediaries between the PBOC and the end user.

After pilot tests in Shenzhen, Chengdu, Suzhou, Xiong’an and some locations for the 2022 Winter Olympics, the DCEP test runs are to be extended to Beijing, Shanghai and other cities. The digital yuan could end up covering around 400 million people, 29% of the Chinese population. Recently, the Hong Kong Monetary Authority (HKMA) announced that it was preparing to test DCEP for cross-border payments, in partnership with the PBOC.

So far, test runs have been carried out in Shenzhen, Suzhou and some smaller Chinese cities. In Shenzhen, the city gave away RMB 10 million (US $ 1.5 million) of digital yuan to 50,000 people through a lottery. In Suzhou, some city government employees have been receiving their public transportation grants in digital yuan since May. In December, the Suzhou government gave away RMB 20 million (US $ 3 million) to 100,000 residents in the largest DCEP study to date.

More than RMB 2 billion (US $ 299.07 million) in digital yuan was spent in four million separate transactions, according to a speech given by the PBOC's deputy governor on November 2, 2020.

China digital currency: where is it headed?

China's digital yuan is said to meet several important goals. When the currency is used extensively, it can give Chinese government agencies better insight into the capital flows of the Chinese economy. It also makes the fight against money laundering and terrorist financing easier to track. At the same time, the digital currency can serve as a monetary policy tool that enables the PBOC to target monetary policy towards different economic or geographic classes. According to Huang Qifan, chairman of the China International Economic Exchange Center:

"DCEP can achieve real-time collection of data related to money creation, accounting, etc., which is a useful reference for providing money and executing monetary policy."

The digital yuan is also said to increase financial inclusion in rural areas. The system will have an NFC-based payment option, which means that payments can also be made offline. In addition, DCEP will not require a cell phone number to be linked to a bank account, which will make the digital yuan available to people in China who do not have an account.

DCEP also has a geopolitical aspect, as China has long wanted to promote the internationalization and reserve status of the yuan. Before the RMB Cross-Border Inter-Bank Payments System (CIPS) went live in 2015, China relied on CHIPS or SWIF for cross-border payments and settlements. CHIPS is an American company and SWIFT, while an international organization, is viewed by China as controlled by the US and its allies. In order to achieve the goal of increased global use of the yuan, China therefore needs its own international payment system.

Is China targeting the US dollar?

According to Christian Vondenbusch, portfolio manager at Lombard Odier Investment Managers, the DCEP in China is seen as a project that will be implemented domestically first. However, the Chinese government has made great efforts in recent years to increase the importance of the yuan in the global arena, including its use in international trade and as a reserve currency.

However, the yuan is currently well behind the US dollar. According to SWIFT's monthly RMB tracker, the RMB accounted for only 2% of global payments in terms of value at the end of November. This was even below its share of 2.09% in November 2018. At the same time, USD and EUR each accounted for around 37%. Looking at the global central bank reserves, according to the IMF, 60% was held in US dollars in September 2020. The euro is the second global currency, accounting for around 20.5% of international reserves. The RMB is just over 2%.

At the same time, China has taken a proactive approach to the internationalization of the yuan. In 2016, the RMB was added to the International Monetary Fund's Special Drawing Rights basket. China has also appointed yuan clearing financial institutions in over 20 countries to facilitate yuan swap agreements. China's Belt and Road Initiative has also proven effective in using economic development incentives to encourage adoption of the yuan.

This is where the DCEP could be particularly effective. While 1.7 billion adults in the world do not have a bank account, more than 65% of this population have a mobile phone. DCEP does not require a bank account and supports offline transactions. The combination of DCEP with the Belt and Road Initiative could enable millions of people to bypass traditional financial infrastructure and benefit from digital financial services.

While the US dollar's position as a global reserve currency is unlikely to change, the euro could be more fragile. According to dGen, a Dutch fintech think tank, unless Europe develops its own digital central bank currency, the euro will be overtaken by the digital yuan by 2025.

Cryptocurrencies are not legal tender and are not currently regulated as currencies at all. In fact, the regulatory landscape varies from country to country, and many governments are hostile to cryptocurrencies. CBDCs, on the other hand, will be regulated accordingly, meet all currency requirements and be accepted as legal tender. In China, for example, the government has ordered all merchants who currently allow digital payments to accept the digital yuan.

Most CBDCs will also have programmable functions, which may enable more complex applications in the future. In this respect, there is definitely the potential to link CBDCs with public blockchains at some point.

Overall, cryptocurrencies and CBDCs have very different values ​​and should not necessarily be compared directly with one another. Instead, they are likely to coexist and collectively facilitate the transition to the cashless society.

It seems inevitable that a multitude of central bank digital currencies will be introduced around the world over the next few years. China is currently leading the way and cementing its place as one of the top innovators in fintech and digital banking. Even if cash is still in circulation in China, it is clear that CBDCs will have a significant impact on the global economic and monetary order.

News, backgrounds and analyzes. The business editor for Asia Investments.
<?