Are Catholics really the old Romans?

Christianity becomes the state religion in the Roman Empire - February 27, 380

Until the Council of Nicaea in 325, Christians were persecuted, their property confiscated and their churches set on fire. Persecution of Christians had increased particularly under Emperor Diocletian (approx. 245-316). Diocletian wanted to revive old pagan cults and make them a kind of state religion. But his anti-Christian policy failed and was overturned by one of his successors, Emperor Constantine I (approx. 285 - 337).

The military and administration functioned well in the Roman Empire. A common economic area had created prosperity. The civil rights granted to all people living in the Roman state ensured growing cohesion - but not in the practice of religion. 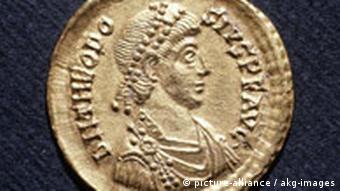 Made Christianity the state religion: Emperor Theodosius I.

On June 19, 325 Constantine intervened in an ecclesiastical conflict. To arbitrate, he invited the Christian bishops to a council in Nicaea, near present-day Istanbul. The aim of this council, which was attended by more than 300 church representatives, was not to establish Christianity as the state religion, but to establish a religious peace that was to stabilize the Roman Empire. After long debates, Emperor Constantine I agreed to a compromise, according to which Jesus and God represented a unity. With the signing of this definition by the churchmen present, the persecution of Christians ceased.

But it got even better for followers of the Christian faith. On February 27, 380, the Eastern Roman Emperor Theodosius I (347 - 395) signed a decree in Thessaloniki in the presence of the Western Roman Emperor Valentinian II (371 - 392) and his co-ruling half-brother Gratian (359 - 383), with which Christianity for the State religion declared and the practice of pagan cults made a punishable offense. But the wording of the decree "Cunctos populos" contained not only the special status of Christianity, but also the persecution of those of different faiths:

"All peoples over whom we lead a mild and moderate regime should convert (...) to the religion that the divine apostle Peter handed down to the Romans (...) and to which the pontiff Damasus clearly professes, as does Bishop Peter of Alexandria (...).

This means that, according to apostolic instruction and evangelical teaching, we believe a deity of the Father, Son and Holy Spirit in equal majesty and the Holy Trinity.

Only those who follow this law should be called (...) Catholic Christians.

The rest, whom we declare to be truly mad and insane, have to bear the shame of heretical teaching. Their meeting places are also not allowed to be called churches.

Finally, divine retribution is to overtake it first, but then also our punishment, which has been conferred on us through heavenly judgment."

Symbiosis between antiquity and Christianity 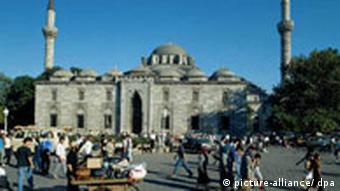 Those of other faiths were now harassed with the same zeal as Christians and Jews before. Pagan cult events were high treason, temples and shrines were destroyed as well as the oracle of Delphi, the legendary prophecy site of ancient Greece. Nevertheless, this February 27, 380 marks a milestone in European history, because on that day the Judeo-Christian roots were combined with Greco-Roman antiquity and a symbiosis that is still effective today was formed. The continent's Greco-Roman prehistory and the Judeo-Christian religion have decisively shaped Europe - for better or for worse. For in the centuries to come, not only were the poor fed under the cross of Christians, but critics and deviants were also murdered in the name of the Lord.