Why are you in relationship with someone

Relationship: These sentences show you that he doesn't care

There is no such thing as a perfect relationship. Even if many think that there is no place for arguments and discussions in a happy partnership, this is not the truth. Ups and downs are part of it and even strengthen every alliance. However, there is a difference between disagreements that can be resolved through a conversation and minor squabbles that keep coming back. If we argue with a partner who really loves us and whom we also place our full trust in, the problem can often be solved with a compromise. After all, we don't want to lose the person. It looks different, however, if the other person no longer feels like having the relationship and is constantly nagging. If you have the feeling that he has been paying less attention to you lately and you have become skeptical as to whether he is still interested, then we will now help you (even if it hurts). We'll tell you now which sentences you can tell that he doesn't care.

A person who really cares about their partner, or someone they care about in general, would never use this phrase. After all, there is probably no better expression that packs "I don't care" better than this one. If you are faced with an important decision, ask him for his honest opinion and this sentence comes as an answer, you can be amazed. If you mean something to him, he would take enough time to listen to you, support you, and give you advice or recommendations.

And that brings us straight to the second point. Being in a relationship isn't just about having exciting sex or going on beautiful dates. It also means that you are there for one another in a crisis situation. If something is bothering you or you are going through a difficult phase in life, a loving partner should leave everything behind to make you laugh again and to motivate you. Instead, if he writes you that he has no time for you at the moment or simply hangs up with these words while on the phone, it is a sign that he doesn't really care about you. In such a case, you should think again about whether he is really the right one for you or whether you may not have deserved something better. 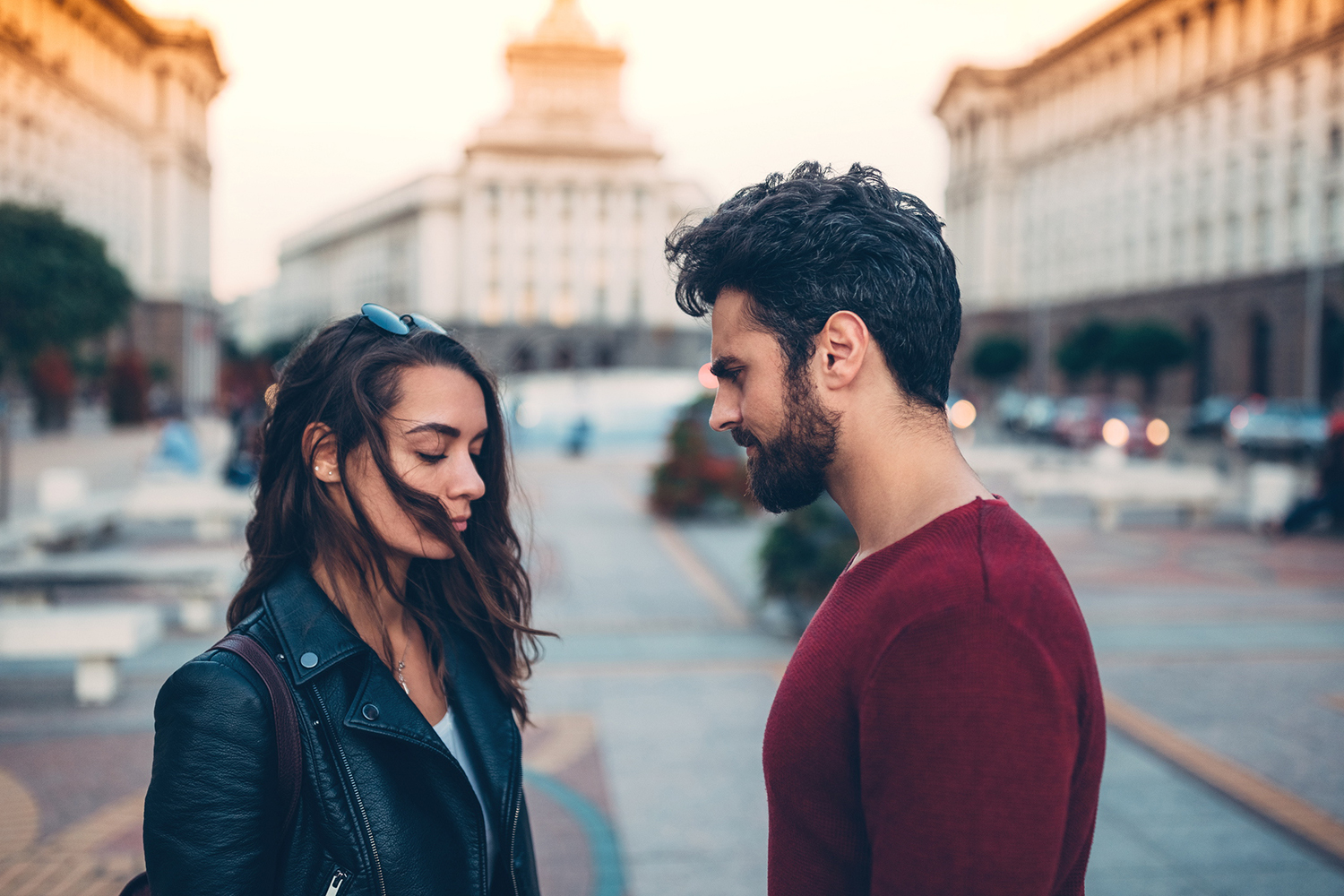 Your worries or comments are always directly exaggerated for him and only what he says always seems to be correct? If this happens all the time, then it's a clear sign that he doesn't really think much of your opinion or your thoughts. On the contrary: he thinks that only his ideas and ideas make sense. A healthy relationship also depends on mutual respect. If you don't get this from him, then he's not your Mr. Right either.

Introducing him to your friends was an act and he always queues as soon as you talk about brunch with your parents? Of course, you shouldn't rush anything and give him some time too. However, if you've been together for a long time and he still wants to avoid them all the time, it can be a pretty clear sign that he's actually not interested and doesn't want anything serious. If you were really important to him, he would understand that you would be very happy if he was present at the meeting and would accompany you immediately.

Is he unwilling to compromise or is he not trying to understand your views in a discussion? Then it can happen that you have to hear this sentence. When he tells you that you can look for someone else, he is really just showing that he has no interest at all and that he doesn't really care whether you are in his life or not. A man who really loves you wouldn't use those hurtful words because he would want to keep you forever.

You can find even more lifestyle topics here:

Separation: These are the signs that you can tell that you are not over him yet