What is the true color of indigo 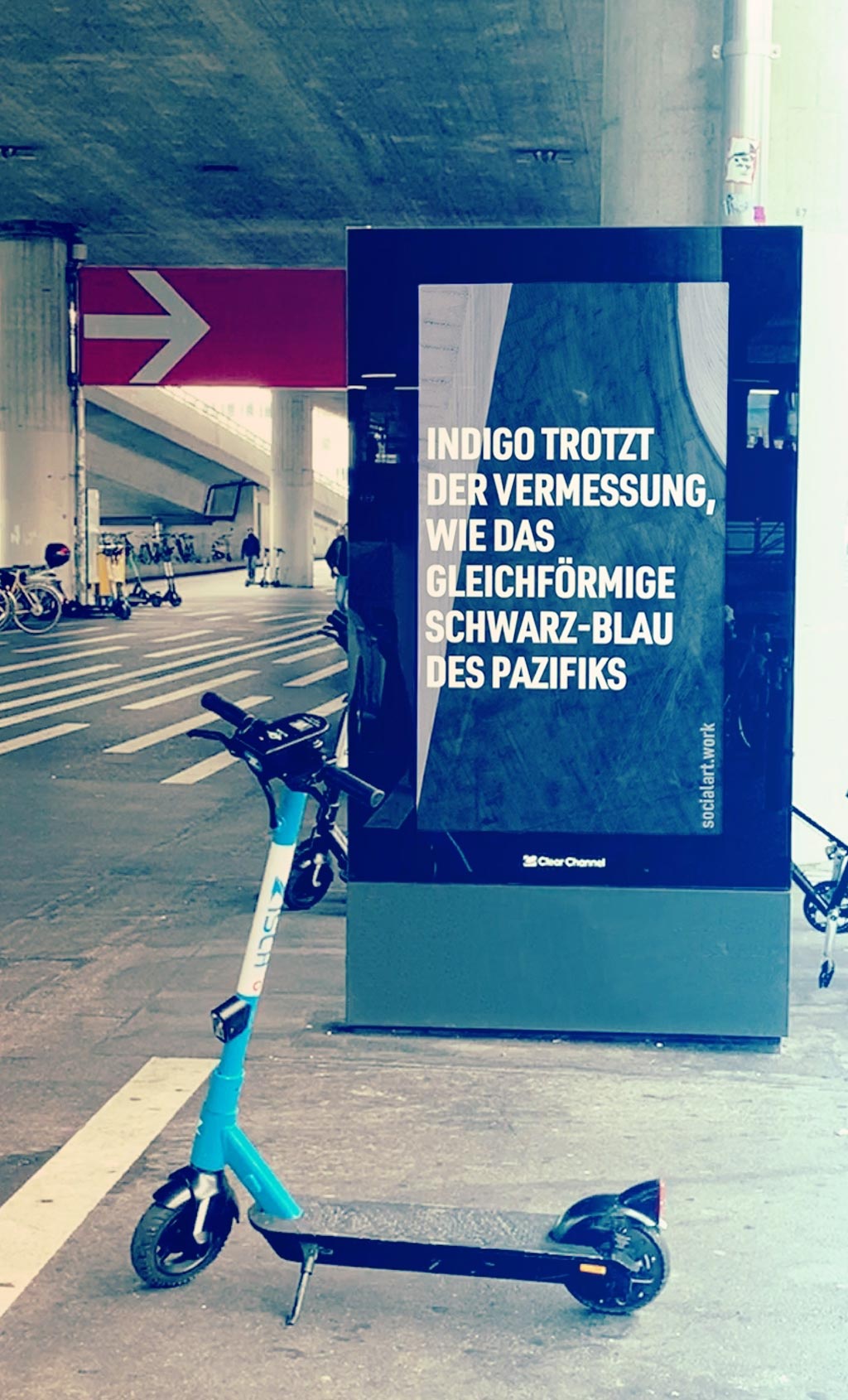 Born in 1963
in France
Martin Firrell is a French artist who stimulates public debate to catalyze social change. He uses language to come into direct contact with the public and to provoke dialogue, usually about aspects of marginalization, equality and just social structures. The goal stated by the artist is to “make the world more human”. His work has been described as the "art of debate".
View full Wikipedia entry 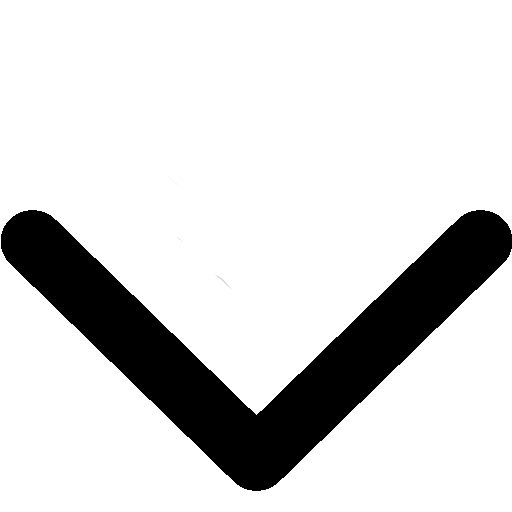 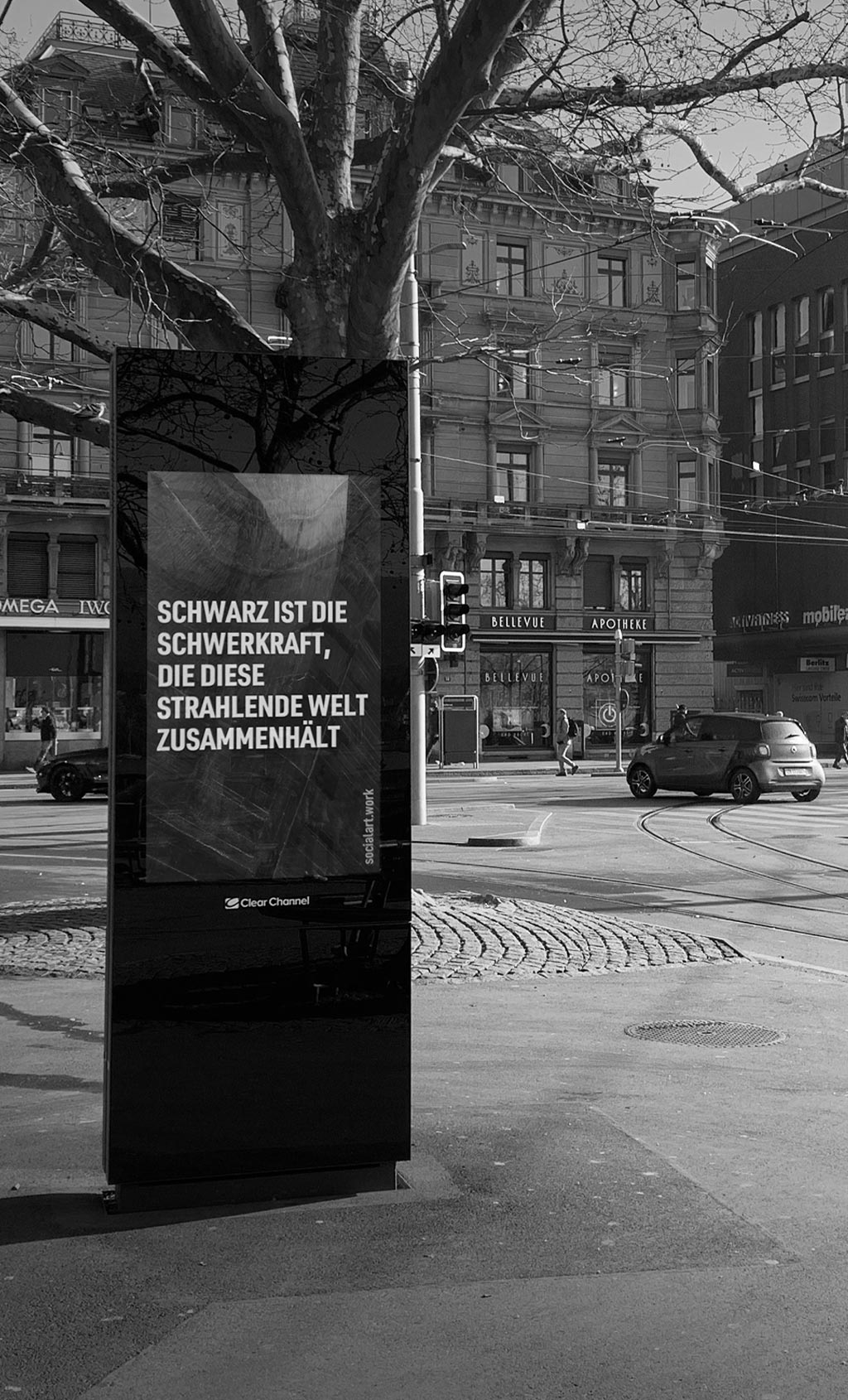 Digital billboards, various dimensions
Switzerland, July, September 2020,
March 2021
Chromatika is a new psychological theory of colors for the 21st century, which the artist created in response to Goethe's «Theory of Colors» and Rudolf Steiner's writings on color.

The artist wrote about black: I compare black with the intense gravity of a "peculiarity" or a black hole. I see black as the deepest truth in the unbelievable limitlessness of the universe. 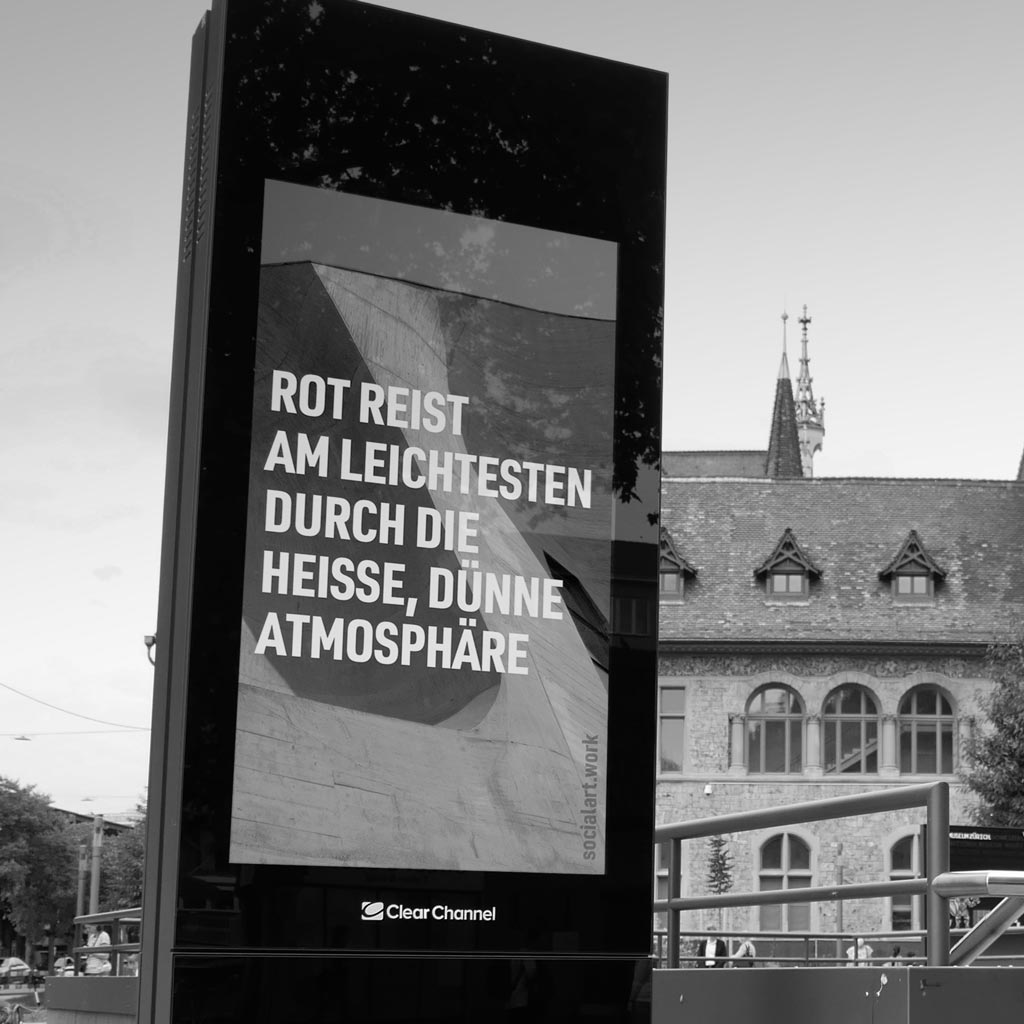 Red travels on
easiest through
the hot, thin one
the atmosphere
The artist wrote about red: Once I saw fireworks rising from the Sicilian coast to celebrate the day of a saint. I was high above the coast in a mountain town and looked down at the whole scene.

When the fireworks started, the blue and green seemed far away, but red was approaching me very quickly like a large, red chrysanthemum from a spreading fire. 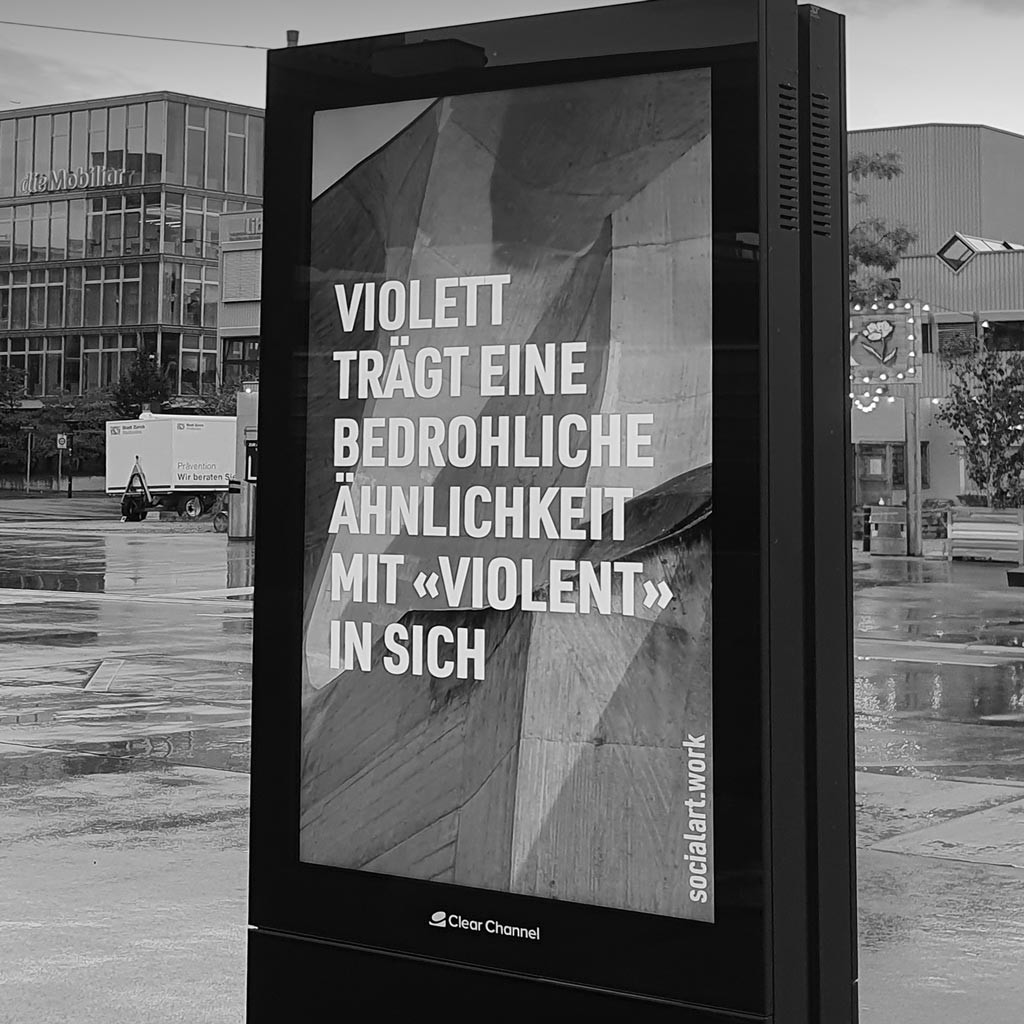 Violet wears
a threatening one
Resemblance to
«Violent» in itself
The artist wrote about violet: I once owned a small watercolor from Las Palmas on Gran Canaria. In my diary, I described the sky over the city as covered in 'ominous violet (violent) thunderclouds'.

This correlation between "violet" and "violent" is about more than the similarity of the English words. I think it's no coincidence that bruises are purple too. 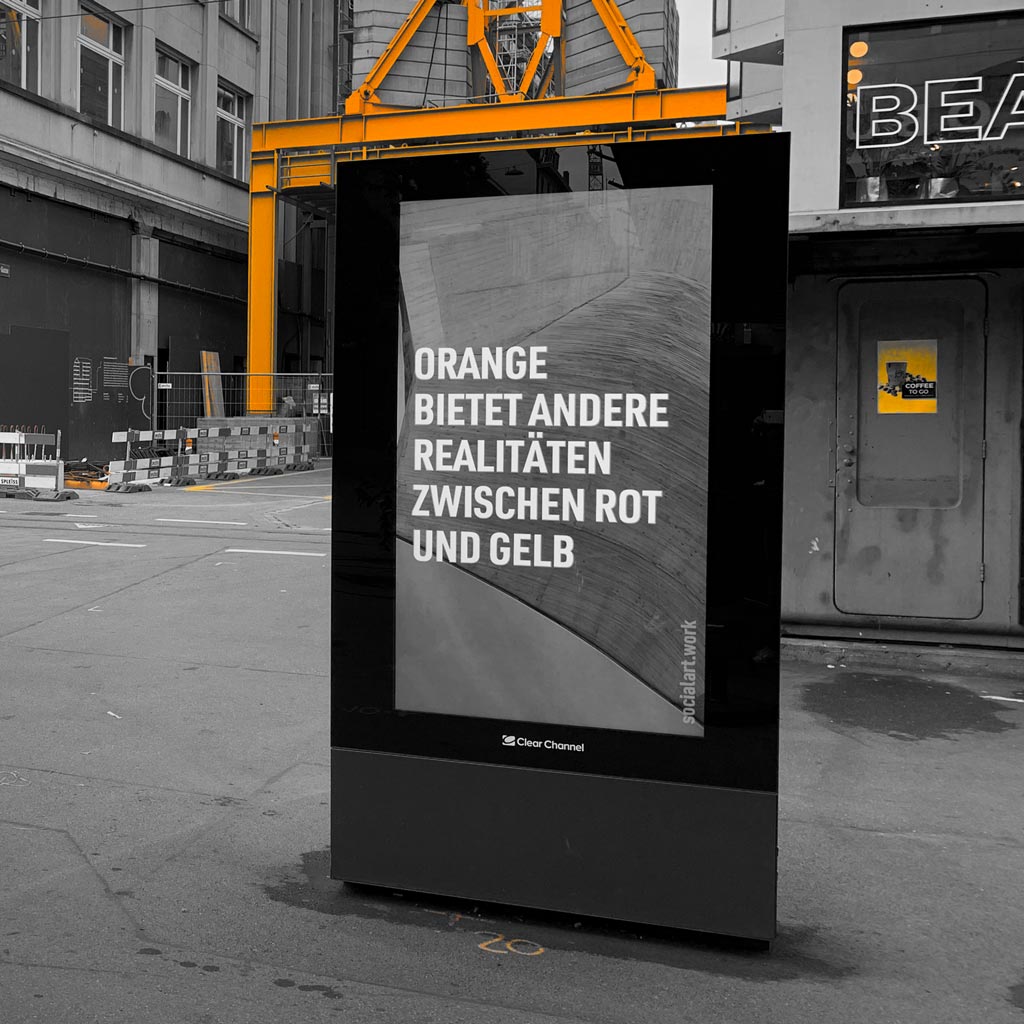 Orange makes it possible to intuitively grasp realities that are hidden behind our viewing habits. 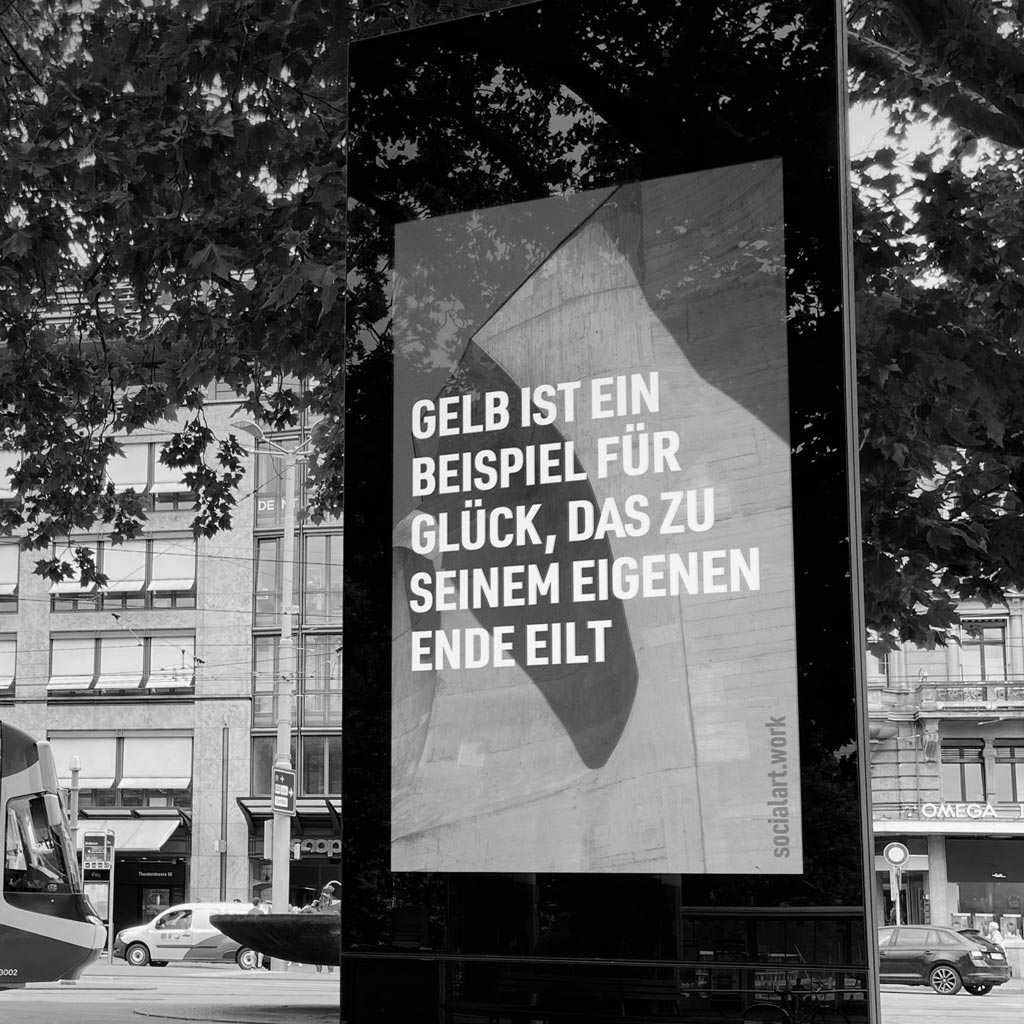 Yellow is an example
for luck that too
his own
End hurries
About yellow the artist wrote: When I was a student, I shared my apartment with a woman who had a lot of yellow textiles in her room - yellow blinds, yellow pillows and so on.

I told her I found the color very cheerful. She replied that she thought the same thing, but that a friend told her that yellow was a depressive color and was often associated with suicide.

Indigo defies it
Surveying how
the uniform
Black-blue
of the Pacific
The artist wrote about Indigo: I once found a strange little book called 'The Blue of Capricorn' in an antiquarian bookshop. It described the color of the vast Kuroshio Current in the Pacific as 'a deep, uniform indigo, almost black'. 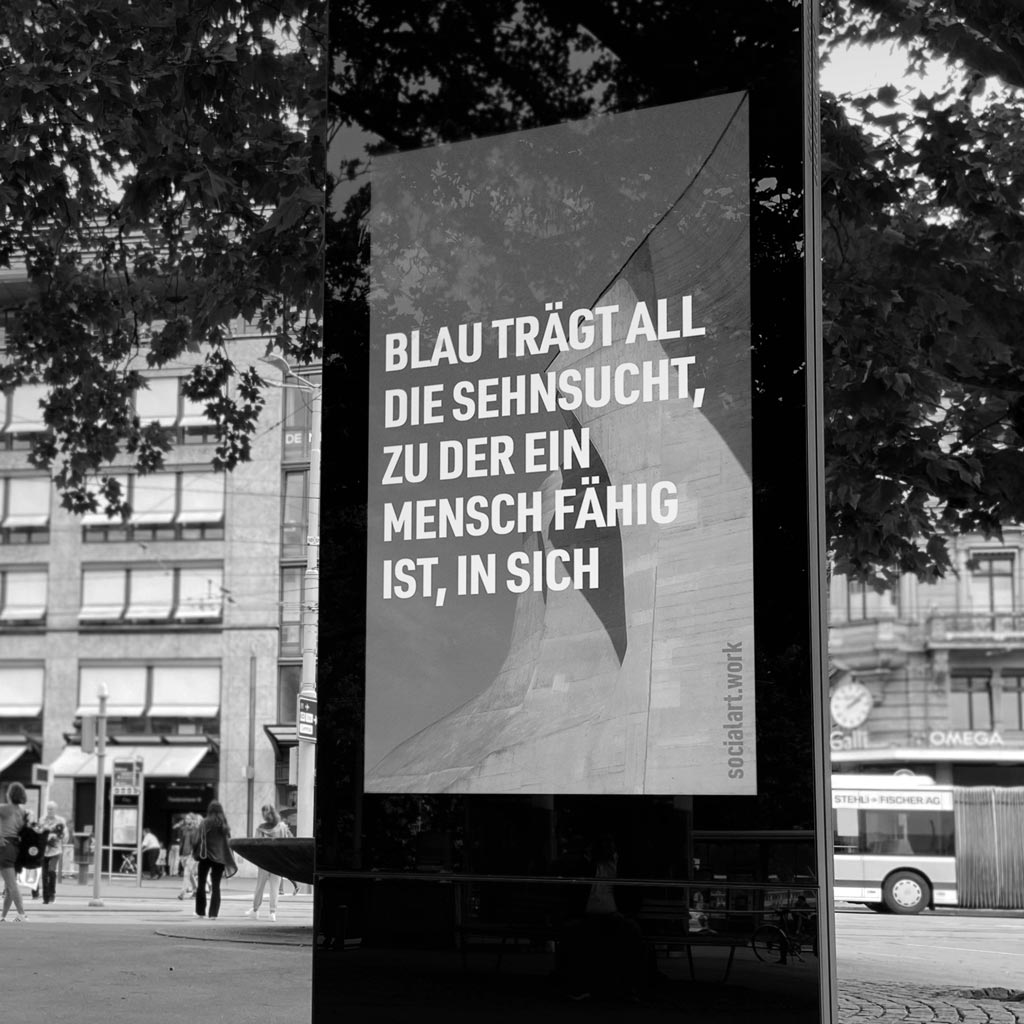 Wearing blue
all the longing
to the one man
is capable in itself
The artist wrote about blue: I love the way the blue light seems to move away from you, and yet it is light that comes towards you in the dark.

I felt that longing could also be perfectly expressed with the perfect blue. It would contain all of the longing that a human being would ever be able to feel. 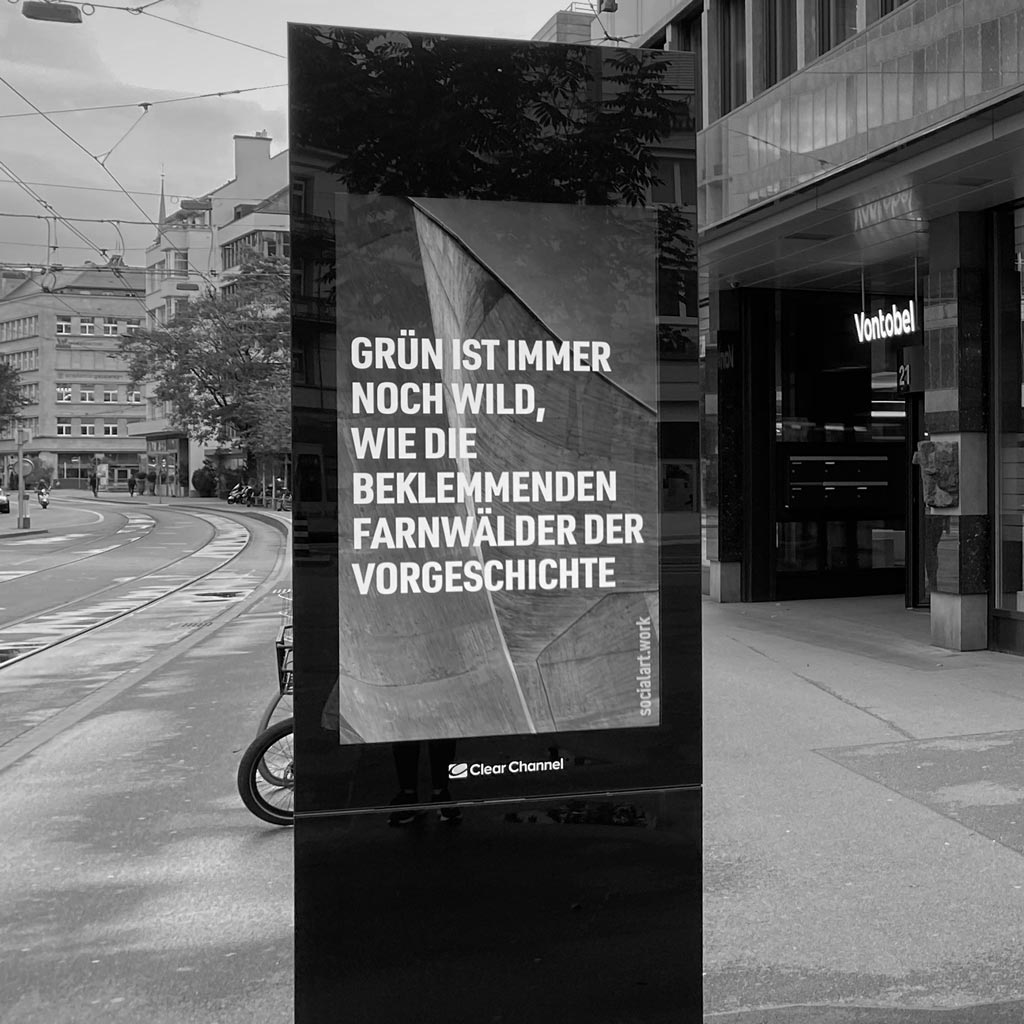 Green is always
still wild how
the oppressive fern forests
the prehistory
The artist wrote about green: I have the feeling that green is far from the peaceful color that many people think it is.

Green is like the garden in Tennessee Williams' "Suddenly Last Summer" - a tropical jungle in the age of prehistoric giant fern forests, when the fins of living things became limbs and the scales became skin ".

It is white
unadorned
Non-being one
free, empty mind
The artist wrote about the white: When I think of the white, I think of a landscape under a perfect blanket of snow. Everything is white, dazzling, transformed into a cold, empty desert.

Under these conditions, white is not a color at all, but a blinding nothingness, an absence - an empty mind. 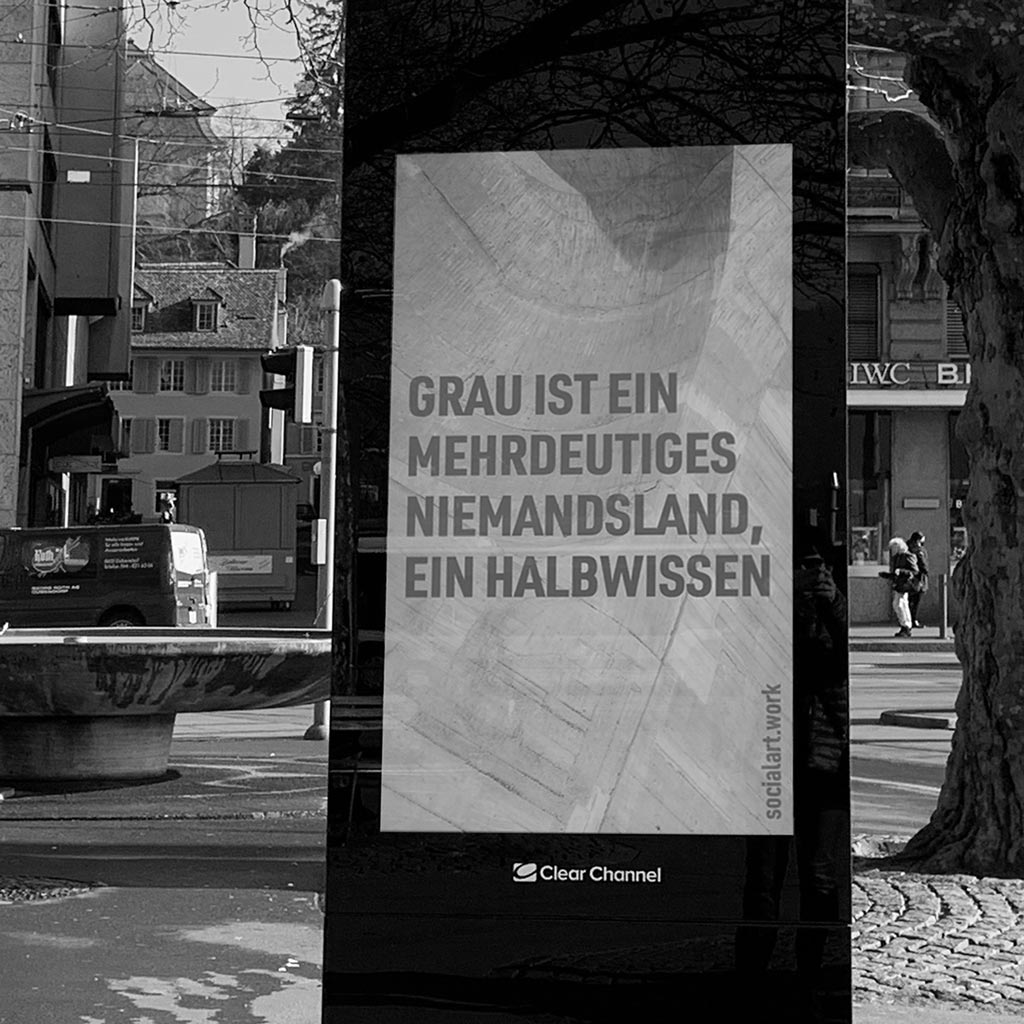 Gray is a
ambiguous
No mans land,
a half-knowledge
The artist wrote about gray: For me, gray is always difficult to grasp. Gray is a misty riddle between the sensitive certainty of black and white.

It is a no man's land that is not inhabited by anyone. It is gray to be semi-conscious of something, rather a nonsense, an awareness as vague as it is gray.
<?