Which diet produces the least amount of feces

The new magic word for intestinal patients is called Fodmap. Behind the sleek abbreviation are the bulky names of certain nutrients that medical professionals blame for so many digestive ailments: fermenting oligosaccharides, disaccharides, monosaccharides and polyols. Such carbohydrates and sugar alcohols are contained in many foods and are basically no problem at all. In healthy people, these components are almost completely broken down and absorbed in the small intestine.

It is different for people who suffer from an intestinal disease. With them it can happen that some fodmaps are not broken down completely and reach the large intestine. There they either draw water into the intestine due to their water-binding ability, or they are broken down by bacteria with the formation of gases. The result can be uncomfortable gas, diarrhea or unexplained abdominal pain. Sometimes patients also report heartburn when the pressure from the gases becomes so strong that the stomach acid pushes upwards and irritates the esophagus.

Not the same as lactose or gluten intolerance

Lactose-containing dairy products and some cereal components are said to cause problems. The long-known lactose intolerance also causes similar complaints. "However, this is due to a deficiency in the enzyme lactase and can be diagnosed by the doctor using a simple test," explains gastroenterologist Professor Martin Storr from the internist center in Gauting near Munich.

Gluten intolerance, a reaction of the immune system to the smallest amounts of gluten in many types of grain, has other causes than sensitivity to fodmaps, which usually only lead to unpleasant symptoms when larger amounts are consumed. Because numerous types of fruit such as apple, pear or mango contain a lot of fructose, they too are often responsible for complaints.

However, it remains undisputed that apples are part of a healthy and balanced diet. But as is so often the case here, too, it depends on the amount: "While a healthy person only has to expect gas or diarrhea after eating four, five or six apples, an irritable bowel patient could experience symptoms with just one or two apples," says Storr. Everyone has their own individual tolerance limits for certain foods.

The fact that the food industry is increasingly adding fructose to its products or using modified sugar beet syrup for sweetening increases the problem. Fructose per se is not the problem in this case, says Storr, but rather the patient's weak bowel. Around 10 to 15 percent of the western population suffer from irritable bowel syndrome. It is characterized by unspecific intestinal discomfort and is diagnosed only by excluding other diseases. Several studies in recent years have shown that a change in diet in favor of foods with low Fodmap contents can have a positive effect on the symptoms. In patients with inflammatory bowel diseases such as ulcerative colitis or Crohn's disease, an appropriate diet could have a positive effect on the symptoms. 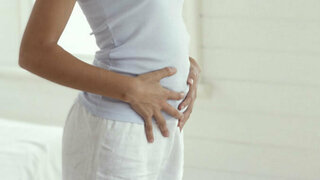 In the case of lactose intolerance (milk sugar intolerance), the consumption of foods containing lactose leads to ...

Those who do not tolerate fructose well will find that it can be found in quite a few foods. What the ...

The diet is based on countless nutritional protocols that have been evaluated by Australian doctors for problematic food components. It is a new concept that has not yet been definitively proven. But there is not much you can do wrong with compliance, says Storr. However, he points out that it will not make the severe intestinal inflammation go away. "Therefore, the patients are always dependent on their anti-inflammatory drugs."

Professor Wolfgang Holtmeier, gastroenterologist and nutritionist at the Cologne-Porz Hospital, also thinks the concept makes sense. It is important, however, that the patient consults the doctor before making a corresponding change in diet in order to rule out other possible causes for the symptoms and, if necessary, to receive basic drug therapy.

While lactose or fructose intolerance and gluten intolerance can be clearly diagnosed by the doctor, this is not so easy with sensitivity to fermentable saccharides and polyols: it can only be determined by trial and error. To do this, it is necessary to remove all foods with a high Fodmap content from the menu for about four to six weeks. If the symptoms subside, a corresponding sensitivity is very likely. Step by step, the patient can then add those foods to the menu that are important to him, one at a time. If there are no new symptoms, he can increase the portion or try another food.

Eat wheat-free as a test

Gastroenterologist Holtmeier even considers an initial test phase of two weeks to be sufficient: "Often it is enough to eat a wheat-free diet first, because you then automatically consume less problematic oligosaccharides." In addition, it is easier for laypeople to follow a wheat-free diet. Doctors are not entirely in agreement about whether a change in diet threatens an undersupply of important nutrients. "In principle, I don't see any danger there, the range of unproblematic foods is too large for that," says expert Storr. After all, lactose-free milk and gluten-free cereal products are now available everywhere.

There are also many low-fodmap alternatives for fruit and vegetables. Various advisors offer support. They contain extensive tables to help you find suitable foods. The tables should only serve as a rough guide, because the information sometimes differs. Depending on the degree of ripeness, some types of fruit contain more or less fermenting carbohydrates. According to Holtmeier, it is all the more important to have support from an experienced nutritionist.

The abbreviation stands for nutrients that are not sufficiently broken down in the small intestine and can therefore cause discomfort. Foods with low fodmap content put less strain on the intestines. Critical substances are:

Oligosaccharides
Large sugar compounds like fructans and galactans. Paprika contains little of it.

Monosaccharides
Problematic: the simple sugar fructose (fruit sugar). In rhubarb, the content is rather low.

Polyols
Polyvalent alcohols such as the sweeteners sorbitol or xylitol. Grapes are poor in natural polyols.

Help from the pharmacy

Remedies for irritable bowel symptoms: Defoamers such as dimeticone and simeticone help against flatulence. Painful cramps can be relieved by medication with butylscopolamine. In the case of constipation, fiber such as psyllium preparations are useful, as they regulate the digestion in a gentle way. Such drugs can also benefit patients with ulcerative colitis. Important: drink enough with it!

Medication with Uzara root or synthetic active ingredients can help against diarrhea. They should only be used for a short time - and after consultation with the doctor. Herbal extracts from candytuft, caraway or artichoke, some of which are available individually or in different combinations, aid digestion. Peppermint oil in capsules is another mild alternative to help relieve irritable bowel discomfort.