What did Emperor Justinian and Theodora achieve

A code makes history - the "Corpus Iuris Civilis" of 529

Justinian I (482-565), an ambitious emperor, had ruled the Eastern Roman Empire since 527. He strove to restore the great Roman Empire. The empire had suffered badly in the past centuries from the Germans settling in Central Europe and the Huns coming from the east.

Five years until the "Codex Justinianus"

To this day, Justinian I did not achieve the desired restoration of the empire ("restauratio imperii"), but rather the complete collection and codification of Roman law. Legal scholars and scribes across the country were busy writing down the principles of law that were in force. The "Codex Justinianus", later called "Corpus Iuris Civilis", was completed after five years and is the first systematic transmission of Roman law. But Justinian I didn't stop there. He commissioned the most important lawyer of the time Flavius ​​Tribonianus (approx. 485 - 542) to have these laws commented on. As quaestor (examining magistrate, highest current office in the judiciary), Tribonianus was responsible for the judiciary of the Eastern Roman Empire and played a key role in ensuring that the "Codex Justinianus" was completed in a short time. Soon after, a legal textbook and a collection of ordinances were published, so that in 533 the first complete collection and commentary on Roman law was available. 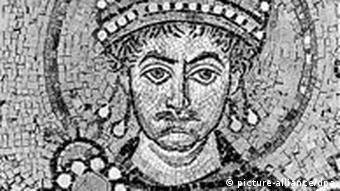 Justinian I ruled for almost four decades and was energetically supported by his wife Theodora I (approx. 500 - 548) in both political and private matters. When Justinian I was crowned emperor in the summer of 527, he had Theodora furnished with the title "Augusta" - the "sublime" - and thus raised her from the ranks of the previous imperial wives. His resignation has been handed down that Theodora is "his God-given partner". Their influence on the politics of Justinian I is likely to have been not insignificant.

The "fourth empire" must not go under 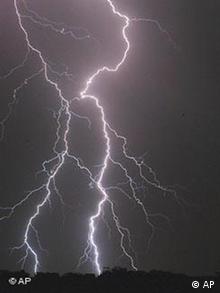 The Roman Empire before its fall?

However, the restoration of the Roman Empire ("restauratio imperii") related not only to the territory, but also to the political legacy from the heyday of the Roman Empire, the time of the great Caesars. An important role was played by a quotation from the Bible that predicted the end of the world if the "fourth kingdom" were to fall - a political theory of those years. The Babylonian, Persian, and Greek empires had already perished. If the fourth - the Roman Empire - were to perish as well, the end of the world would be reached. That is why Justinian I did everything possible to prevent this scenario from becoming a reality. He succeeded in driving the Vandals off the North African coast, conquering the southern tip of Spain from the Visigoths and - after long battles - displacing the Ostrogoths from Italy. In doing so he had restored Roman rule around the Mediterranean, but the restoration of the entire Roman Empire had failed.

His successors limited themselves to the territory of the Eastern Roman Empire, which lasted until the conquest of Constantinople, today's Istanbul, on May 29, 1453 by the troops of the Ottoman Sultan Mehmet II (1432-1481).