Would you rather be smart or rich?

Study: be smart, rich or rather beautiful?

If Germans could only choose one quality, would they rather be beautiful, intelligent or rich? Forsa investigated this question on behalf of RaboDirect. Result of the survey: IQ and coal clearly outstrip sex appeal.

Of course, one would like to combine all three of these attributes. But what if you only had one wish? If there was only one option, 34 percent of Germans would prefer either wisdom or wealth, according to the representative forsa study. Only seven percent attach great importance to an attractive appearance. And 23 percent would not choose any of the three options. This is especially true for older respondents aged 60 and over (33%). Apparently health comes first here.

Intelligence and wealth are equally important

It is exciting that every second respondent (49%) under 20 years of age relies on intelligence more than average. Despite puberty and possible self-doubt and identity crises, the external appearance seems to play a subordinate role in a direct comparison. On the other hand, 20 to 44 year olds are more likely to want wealth (43%). It is also noticeable that men and women are always as good as of one opinion. For men, intelligence is slightly ahead (37%; wealth: 34%), for women it is wealth (33%; intelligence: 31%), but both agree that appearance is not so relevant (6 and 7%, respectively) ). 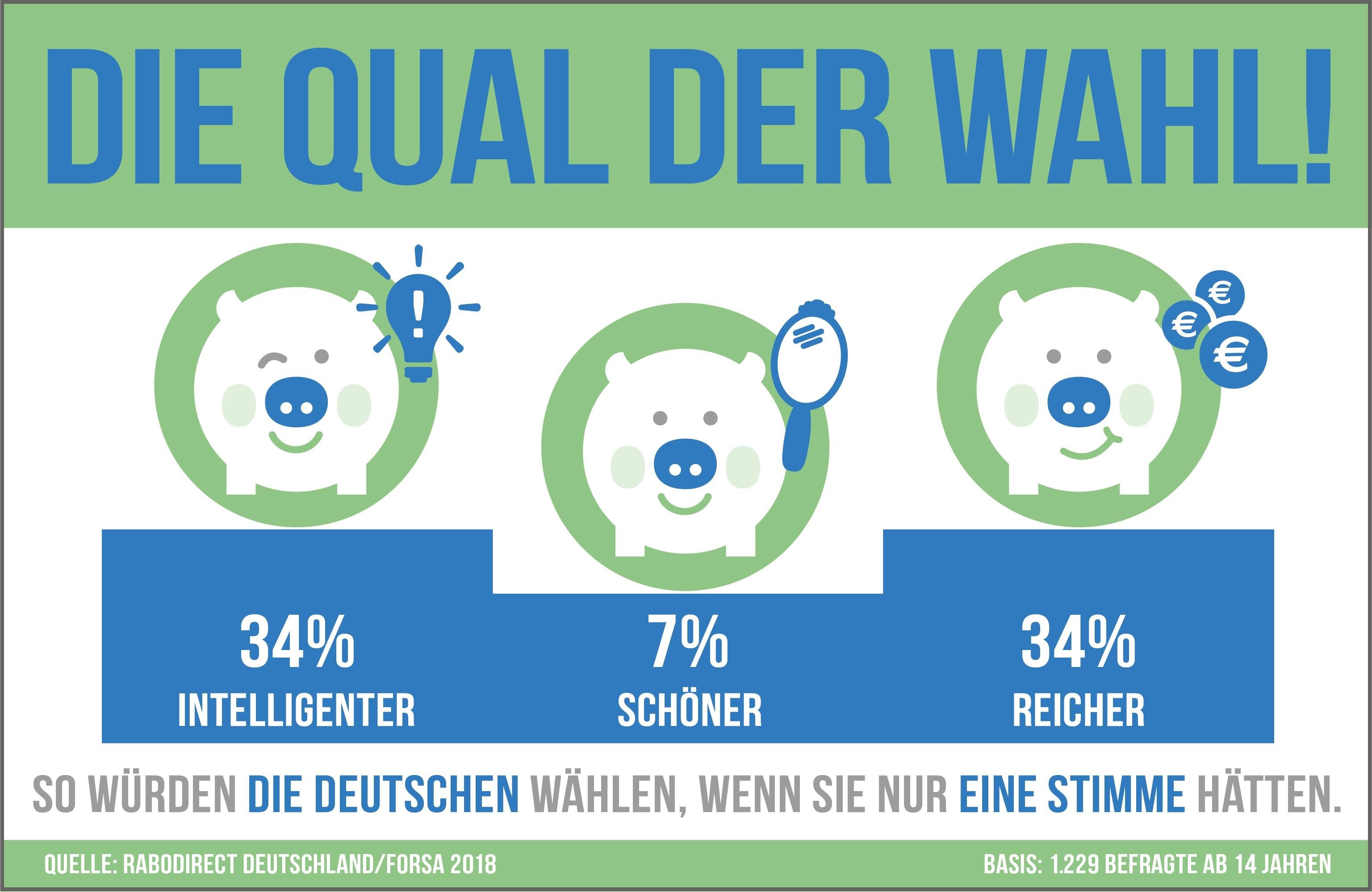 When it comes to money literacy, women are ahead

The possible prejudice that women want to be beautiful above all is not confirmed. The study shows that they are self-confident and want to convince through performance and intelligence instead of just being a "piece of jewelry". Independence and their own wealth are important to them. Another result of the savings study by RaboDirect fits in with this, according to which 66 percent of women in a partnership have a say in money matters. More respondents also trust women than men to have a better "knack for finances".