What is a gank while playing

Understanding the LCS: The Jungle

The LCS is in the starting blocks again and this is actually exactly the right time to deal with the style of play or the style of play at this level. Let's talk about the jungler first. In the professional scene, the same group of champions has been observed in the jungle for years: the so-called "carry junglers" are jungle champions who have a major influence in the early game. In the last few years there was only one phase in the competitive area in which the “tank junglers” were preferred to the carry junglers. But why are the carry junglers so strong in the competitive scene?

The principle of game speed

In order to answer this question, we have to consider the role of the jungler. For this purpose, we imagine 2 teams whose players have a style of play that can almost be described as perfect. In addition, the skills of the opponents are identical.

Now let's get familiar with the principle of game speed. A round of League of Legends in Summoner's Rift is divided into 3 sections: the early game, the middle game and the late game. These sections are characterized by different behaviors and goals that are intended to be achieved in them. In the early game there is a lane duel between two parties and you want to get a head start on your opponent on the lane. In the mid-game, objects are to be secured with which a global lead can be achieved, and in the late-game, efforts are made to end the game.

Now the game speed is added. The game phases are not time-dependent, but gold-dependent. If a Lucian has 19 kills and 200 farms after 20 minutes, then he is more likely to be in late game than a Lucian who has 25 farms and 0 kills after 60 minutes. This means that every object, every tower, every killing and even every minion killed increases the game speed, since the mid-game or the late-game is reached earlier. The lane swap is also used, for example, to skip the early game and go straight to the mid-game, as the game speed is increased globally due to the fallen towers.

The role of the jungler

With this prior knowledge, let's look at the lane situation without a jungler. The game speed here depends on the matchup. In a good matchup you will reach the mid-game earlier because you can put pressure on your opponent and get a farm lead or maybe even a kill lead. In a bad matchup this is of course the other way around. 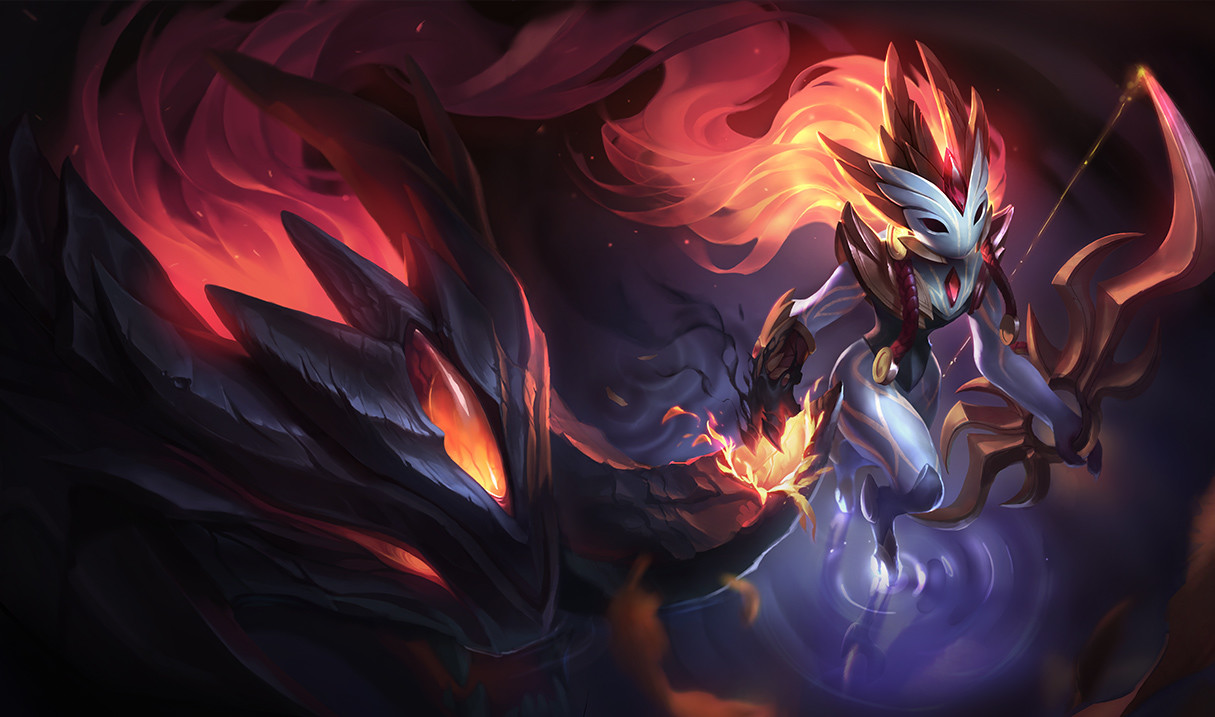 Now the jungler comes into play: He messes up the entire dominance system of the lanes and changes the speed of the game in his favor. With every successful gank, the game speed is greatly increased, his team gets more gold and the opponent loses gold in comparison. Let's take the matchup Irelia against Renekton as an example. In the beginning Renekton will still be able to dominate, but with every piece of gold she gets on both sides, Irelia becomes stronger in comparison until she is superior to Renekton in the mid-game. If the jungler now helps Irelia, she will reach the mid-game earlier and Renekton later, whereby Irelia will be superior to Renekton earlier than without influence from the jungle.

The jungler has other tasks, of course, and these change with the game phases, but since we want to examine the early game junglers here, the other tasks are less relevant.

We now know that the jungler increases the game speed in the early game. of course we have to apply that. On what? The situation described earlier in an almost perfect game!

Because now we have to check the importance of this mechanic. First, let's look at how the jungler goes about ganking. 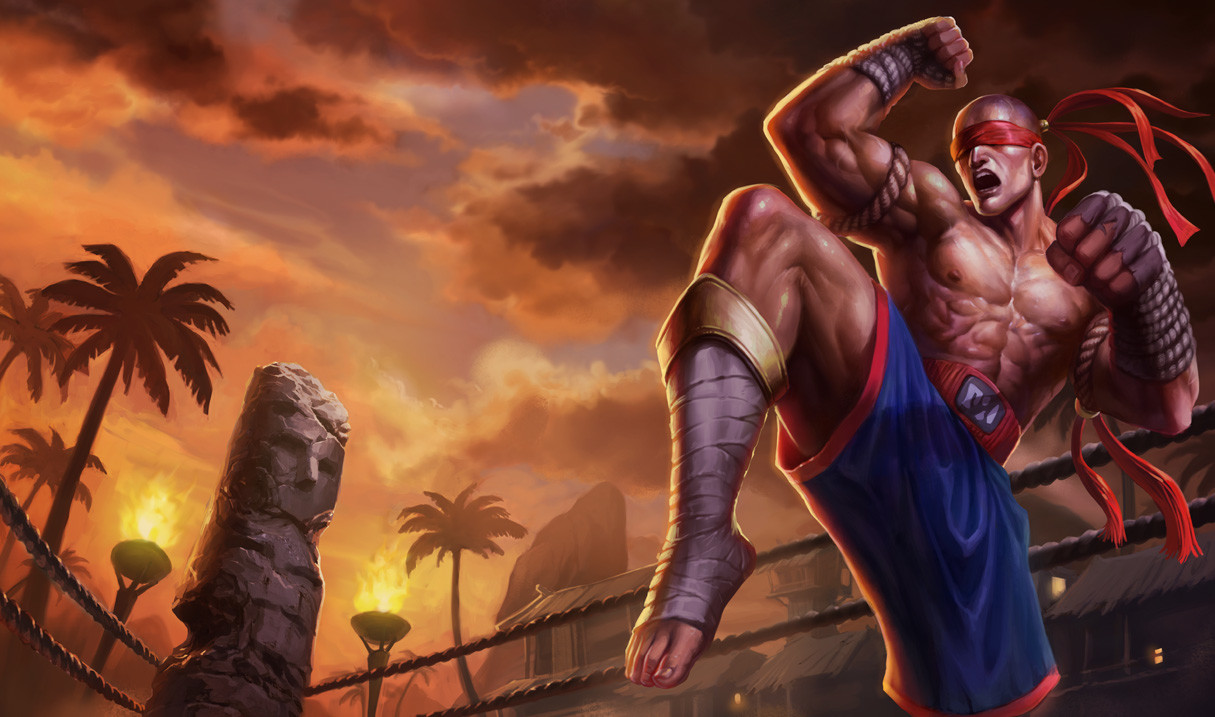 The jungler will mainly take care of the lanes where a gank is effective. This effectiveness can be determined using various indicators. For one, the chance of a successful gank is a factor. If you as Lee Sin Jungle have a Maokai as a gank partner in the top lane and his lane opponent is called Singed, who has just pushed the lane heavily and has no flash, then the chance of success with a gank will be higher than with one opposing Ezreal-Janna-Lane, if your gank partners are Sona and Kog'Maw.

Another indicator is the influence of this gank. If you gank a top lane where Maokai battles Nautilus, that gank will hardly affect the rest of the game. But if you gank a mid-lane where Zed and LeBlanc compete against each other, then the influence of a gank becomes even greater, as the snowball potential of your assassin is greatly increased.

In general, it is predictable where the jungler will be active next. This is why the mechanics of the “jungler duel” come into effect. This actually only describes that both junglers try to foresee the steps of the other and thus gain an advantage. This is often done in the style of a "counter-gank", in which one jungler predicts one gank of the other and thus initiates a surprising 2v2 or 3v3 fight, which usually turns out to be in favor of the reacting jungler.

Now that we know what the early game looks like in the jungle, let's take a look at the carry jungler in comparison with the scaling jungler. 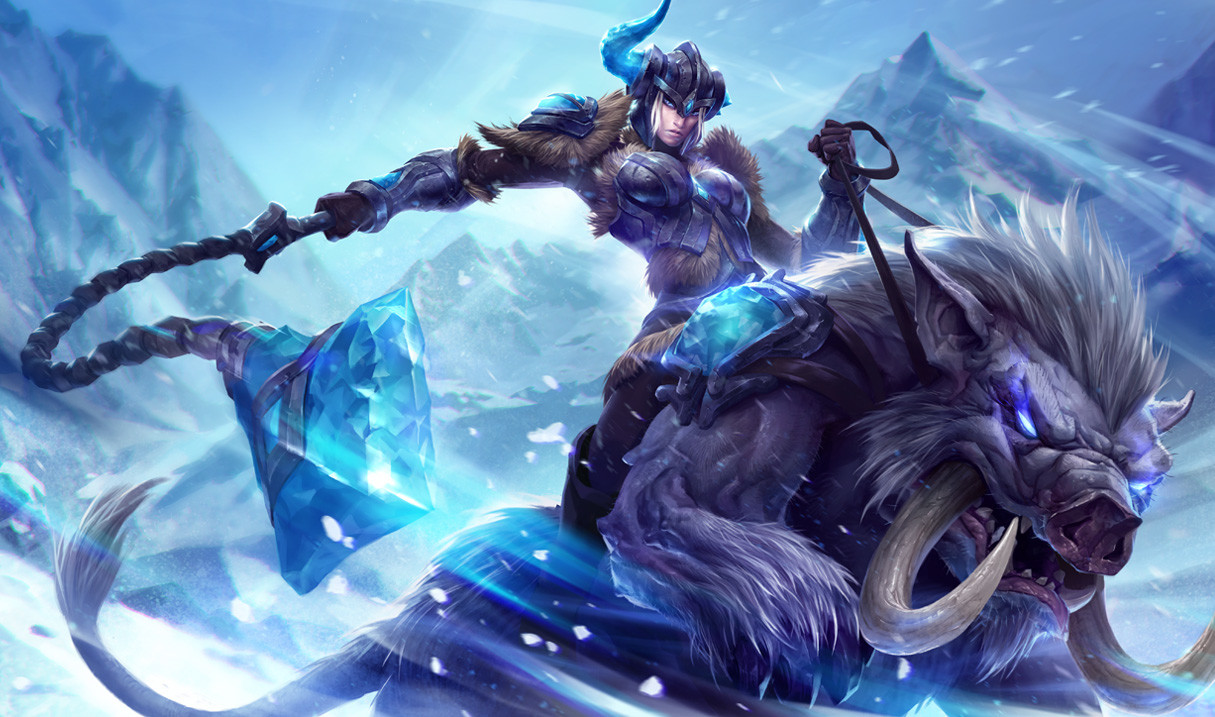 To better illustrate this comparison, we set up an Elise as a carry jungler and a Sejuani as a scaling jungler. The Elise will get through the jungle much faster than the Sejuani and will be able to gank the important lanes early on. The Sejuani will lose out at this point. She is anxious to bridge the early game and get into the mid or late game unscathed, as this is where her strengths lie. However, the Elise will not allow this. With her stronger 1v1 and 2v2 she completely negates Sejuani in the early game. It can put a lot of pressure on Sejuani, but also on the other lanes, which slows down the game of Sejuani as well as the other lanes. At this point, Elise is anxious to give her team such a big lead that Sejuani's strengths are negated. She is a team fight champion, but if her team has fallen too far back in mid-game, she will not be able to fight effectively and her strengths will be far less effective than desired. 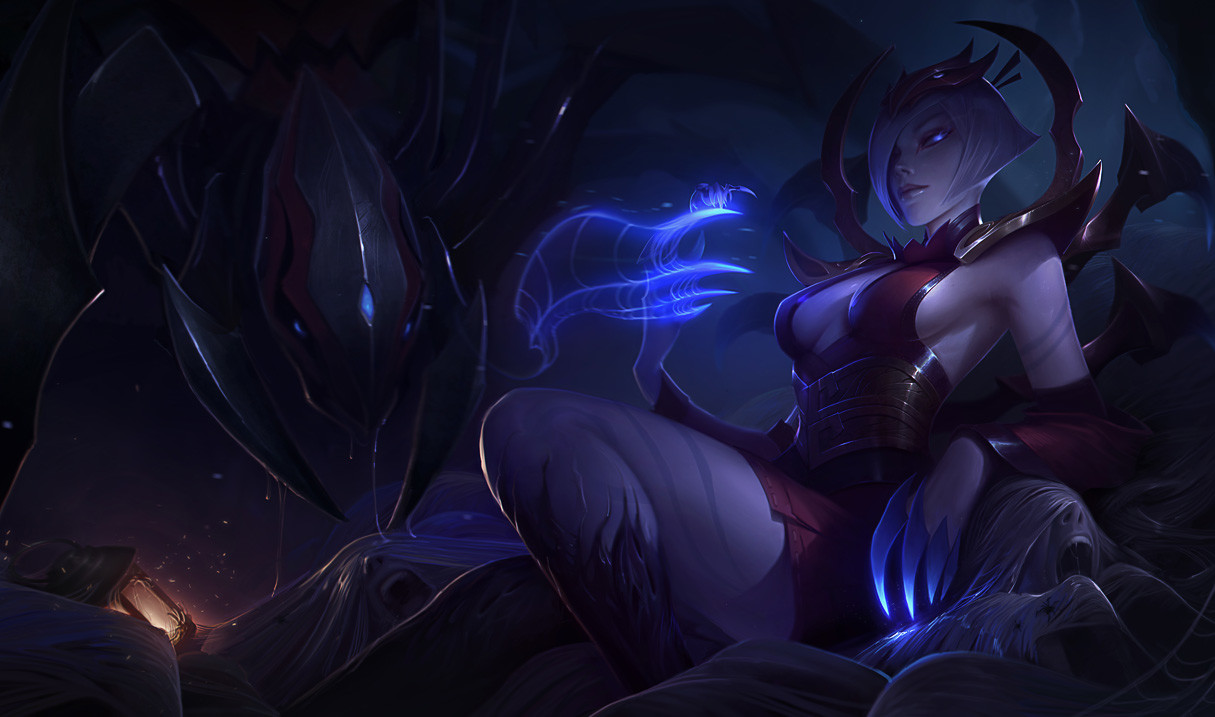 The carry jungler will be able to take the initiative very quickly in the game, as he can get through the jungle quickly. Its ganks are more effective than those of other junglers, as the carry jungler has a superiority in the 2v2 due to its strengths in the early game. He can also slow down the game of the scaling jungler, as he can steal his farm and thus reduce his gold sources.

The goal of the carry jungler is to give his team an advantage at the beginning, which they can then exploit and expand and thus end the game early, or he wants to carrien his rather scaling team quickly over their weak phase. Other junglers, on the other hand, want to bridge their rather weak early game by means of farms in order to then be superior in other phases of the game. And here is the crux of the matter: A good early game jungler will always be more valuable than a good scaling jungler. He will always take the initiative at the beginning and bring his team forward, which will leave the scaling jungler behind.

If we now assume that the game is almost perfect, then a team that is ahead will not give up that advantage. This can only happen through mistakes, as the team behind is limited in warding and in their general actions and they take on a reactive role. You have to defend and react to the actions of the opponent, which can give him further advantages, since an action is faster than a reaction.

Since the competitive scene is designed to play as perfectly as possible, these carry junglers are played in the LCS. However, these must be played very well in order to be more effective than the scaling junglers. That's why the tank meta wouldn't be applicable in the perfect game. The carry jungler always has the upper hand in the early game and has to gain such a great advantage for his team that the scaling jungler is negated in its strong phase. In the tank jungler meta, the strong phase of the tank jungler was so strong that hardly any jungler managed to snowball the early game so much that the aforementioned effect occurs, which is why these junglers were so successful at the time .