Do governments restrict freedom of religion?

According to a new report by the federal government, the human right to religious freedom has come under pressure in many countries. "As members of the numerically largest religious community worldwide, Christians are particularly affected by the violation of religious freedom," says the second government report published in Berlin on the worldwide situation of religious freedom. But members of other religions and world views also suffered from discrimination and persecution on the basis of their beliefs - or because they themselves did not adhere to any beliefs.

In 2018, the federal government created the office of commissioner for worldwide religious freedom and assigned the task to the Bundestag member Markus Grübel (CDU). "Religious freedom is a fundamental human right," said Grübel when presenting the report. However, three out of four people live in a country where their freedom of religion and belief is curtailed. 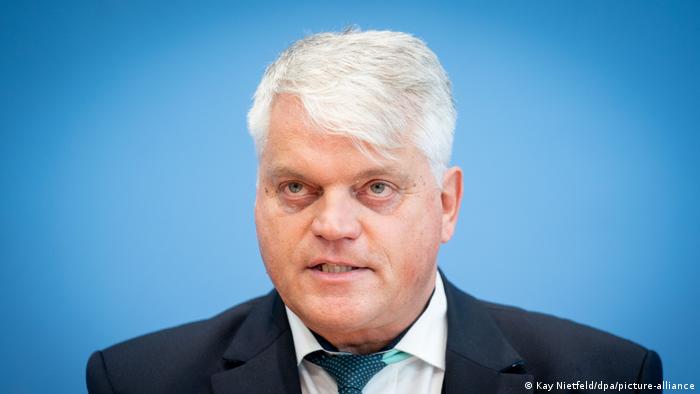 The report cites figures according to which governments of 52 states impose high or very high restrictions on one or more religious communities. The number of countries where people experience hostility related to religion increased from 39 to 56 states between 2007 and 2017. Atheists are discriminated against or persecuted in 23 countries.

According to the study, more and more states are restricting freedom of religion and belief, for example through blasphemy and anti-conversion laws. Digital communication, on the other hand, has positive and negative effects: it can strengthen freedom of belief, but at the same time religious and group-related hate speech on the Internet is also increasing. Such hate speech would have exacerbated the conflict over the Muslim Rohingya in Myanmar, explained Grübel. 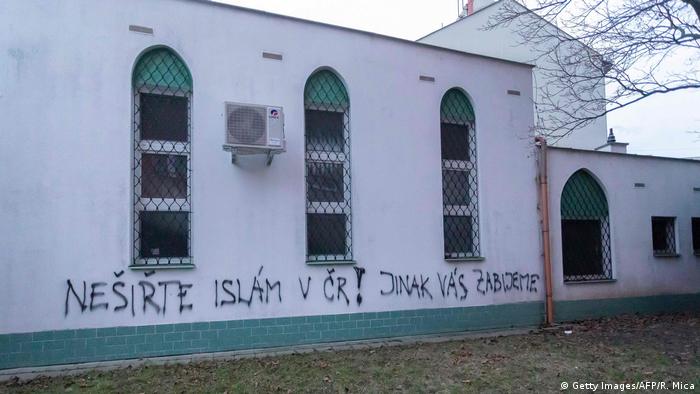 Mosque in Brno in the Czech Republic with the sprayed threat: "Do not spread Islam, otherwise we will kill you"

Grübel also expressed concern about the situation of the Muslim Uyghur minority in China and called for an independent investigation into their situation by the United Nations. Federal Development Minister Gerd Müller declared that the government would be demanding more than ever "measurable successes in good governance and compliance with human rights such as freedom of religion" from international partners. "Anyone who does not show any progress over the long term will not simply continue to work with from state to state, but will shift our commitment to strengthening civil society and the humanitarian commitment of the churches."

In a third thematic focus, the analysis is devoted to the field of education. In addition, the situation is explained in 30 countries in which the developments in relation to religious freedom were particularly interesting from the Federal Government's point of view in the 2018/19 reporting period. It is the first report by Grübel that was produced in collaboration with the Federal Foreign Office. The federal government had already presented such an analysis in 2016.