How many English accents are there

An important topic during an English language stay is of course the accent with which you learn to speak English in the respective country. We have compiled the most important information about the respective accents from the English-speaking world for you. Let's start with the country that is closest to Switzerland: England!

In the UK, people like to speak of “Oxford English”. What we mean by that is actually described by the English as “Received Pronunciation”. It's kind of like the accent you can hear as soon as you turn on the BBC news. Just as Standard German is not the common language on the streets of Switzerland, you don't hear “proper English” everywhere in Great Britain either.

In addition to the recognized "High English", there are other accents that can be encountered particularly frequently. For example, "Cockney" is a very familiar accent that originated in East London. For example, when someone tries to say “day” in “Cockney” English, it almost sounds like they are saying “die”. The letter -t is emphasized at the back of the throat and -th is only emphasized as -h, so that the word "mother" sounds like "muhvah".

Apart from the accents mentioned above, every region has its own distinctive pronunciation. The residents of the south-west of England, the south-east, the center, the north, Wales and Scotland all speak different English. If you are interested in the topic of British accents, here is an English article on all the possible language types in the UK.

The favorite comparison with the “Received Pronunciation” is mostly made with the English from America. The English description for this way of speaking is "General American" or "Standard American English". The inhabitants of the Midwest speak this kind of "American High English". But just like in England, the United States and Canada have different influences that affect the sound of the spoken language. 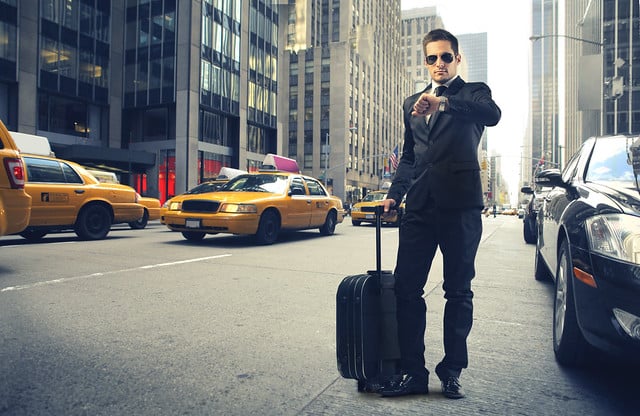 For example, the accents from Boston, the "Eastern New England" accent and the "New York City English" are particularly dominant. The New York accent was particularly celebrated in TV shows like “Seinfeld”, “The King of Queens” and in films like “Manhattan”. For example, the word “father” in this accent sounds like “fawthuh” and “dog” becomes “daw-uhg”. The rather dominant pronunciation of the Texans and the residents of Arizona is also quickly recognizable.

In Canada, the way of speaking is largely similar to that of the north of the United States. Anyone who knows Alanis Morissette's songs can get a rough idea of ​​the usual Canadian English. In certain regions of eastern Canada there are also influences from the Irish and Scottish accents, and in Québec, English is often influenced by French language usage.

Which accent do you prefer?

It is often not that easy to answer which accent is the nicer one. Students who have completed a language course in the USA like American English, while those who travel to England prefer British English. British English is perceived worldwide (also in America) as the chic and polite English (but that actually only applies to “Received Pronunciation”). American English, on the other hand, stands for cosmopolitanism and is the main language of the film and music industry.

If you want to find out more about how UK and US English compare, here's a video that compares the two accents. Have fun watching!

And finally a few helpful vocabulary

The difference between BE “color” and AE “color” was already drummed into us at school. However, we have put together a meaningful vocabulary table between American and British English for you so that you can communicate in both the USA and England.

You can also find out more about American English in this article.