Uber shares go public: Investors should pay attention to this

After the ex-Expedia boss Dara Khosrowshahi took over the leadership of the world's most expensive start-up Uber, one thing is certain: Uber is going public. The new Uber boss is aiming for an initial public offering (IPO) in 2019 or 2020 at the latest.

Most recently, the travel agent Uber Technologies was valued at around US $ 68 billion on the market. Wall Street observers believe that Uber could hit the scales in excess of $ 100 billion in a later IPO - making Uber's IPO one of the largest tech IPOs ever after Alibaba's IPO.

But the time has not come yet. Uber recently hit the headlines after the company's business practices, legal violations, and the appearance of Uber boss Travis Kalanick, who has now been shot, caused criticism. The new Uber boss Dara Khosrowshahi therefore wants to realign the company and make Uber fit for the IPO.

Uber wants to get ready for the IPO

First of all, there should be a change in image and culture at Uber. The company, which was founded in San Francisco in 2009, no longer wants to be perceived as the ruthless taxi fright, and Uber wants to take the concerns of its drivers more seriously and treat customer complaints more urgently.

In addition, Uber is looking for a Chief Operating Officer (COO) or chairman to manage the company's day-to-day operations and support the new Uber boss, Khosrowshahi. The cultural change and new guidelines for employees should ultimately improve the Uber product as such and help the company to retain the best talent. This is particularly important in Silicon Valley, as there is particularly tough competition here for the best people in the industry.

Uber numbers under the microscope: what investors need to know

Uber provides its driving brokerage service, which can be used via a mobile app, in 84 countries and over 730 cities worldwide. Most recently, Uber had more than 65 million users worldwide. The number of Uber drivers is said to have exceeded the 1 million mark worldwide. Uber India alone wants to employ around 1 million Uber drivers in 2018, and 1 million jobs for women are to be created at Uber by 2020.

Conclusion: Uber's IPO is approaching, but a quick turnaround is not in sight

In the course of the expansion, the continuing losses and the emerging competition, Uber needs more money and thus forces the transport operator de facto to go public.

It remains to be seen whether this IPO will also be worthwhile for investors. Uber is still growing at double digits, but competition in the market is getting tougher. Uber has so far been able to keep its direct competitor Lyft in check, but other companies such as Tesla (Tesla Network), General Motors (GM) and, above all, Google with its Waymo division are pushing into the market for driving services through autonomous vehicles.

So it won't get any easier for Uber in the next few years. The company must continue to invest in technology in order to build up its own fleet of self-driving vehicles in order to be able to compete in the long term. These investments could further delay the leap into profitability. Uber is therefore only of interest to speculatively oriented investors who believe that Uber can maintain its advantage as a “first mover” in the market in the future. 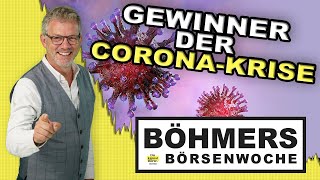