Which religion is the most peaceful

"Christianity gets on many people's nerves"

DW-WORLD.DE: Professor Küng, religious topics are once again arousing enormous interest among people, not only in Germany. Can one speak of a return of religions? 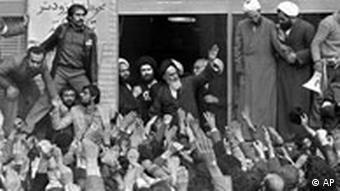 Tehran, February 1979: Ayatollah Khomeini is back from exile

Hans Küng: Return of religions - that is an ambivalent term. Religion was never gone. Like music, religion is something that remains even if it is suppressed for a while. It is true that since the reawakening of Islam, since the establishment of the Islamic Republic of Iran in 1979, Europeans have become aware that they do not rule the world alone. For a long time in secularized Europe, people had not realized that they were a special case and that religion was a power elsewhere.

In principle, I would say yes, even if it will certainly cause a lot of problems. It is positive that today we can know a lot about the other religions. Another question is, of course, whether you want to know. There are people who don't want that, they already know everything in advance without having studied Islam.

Who doesn't want to know?

On the one hand there are fundamentalist Christians who take the Bible literally and who say they don't need the other religions. But they can also be very secularist people, dogmatists of laicism. They turn red when the word religion appears at all and think you don't need to talk about it in school. They have difficulties with the fact that religion is again a power factor in world history.

According to a representative survey, Christianity is no longer the religion that Germans like most, but Buddhism. How do you explain that?

Buddhism is perceived in the West as free from dogmas, as a religion without many rules. It is a religion that is turned inward, that emphasizes meditation, that does not have an overly anthropomorphic, overly concrete image of ultimate reality. 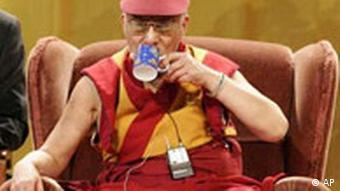 The other is that Christianity, with its concentration of power, gets on the nerves of many. When we have a Pope who makes a big impression, who claims, as the spiritual lord of the world, that only those who are with him are true Christians, that only his Roman Catholic Church is the true Church, then many will understand the nerves. And even if they don't protest publicly, they'll turn away and say I don't want to have anything to do with that.

Let's get back to Islam. When asked about the "most peaceful religion", Buddhism leads with 43 percent to 41 percent before Christianity; Islam only makes it to one percent in this list. Is Islam an enemy in the west?

Yes, Islam is undoubtedly an enemy in the West, as the West only focuses on certain points of Islam. That already applies to history. Europeans see it in terms of the advance of Islam from North Africa to Spain between the 8th and 15th centuries and the rule of the Ottomans in the Balkans. One does not see that the Christians not only carried out the crusades, but also colonized the entire Islamic area from Morocco to the Indonesian islands in the 19th century. This creates tension. 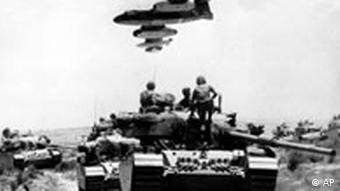 The six-day war continues to this day

To this day, the West has not resolved many of them. This is especially true of the relationship between the Palestinians and Israel. For example, if peace had been made after the Six-Day War in 1967, there would never have been a bin Laden and no attacks on the World Trade Center in 2001 either. Instead, the feeling has spread that Westerners are even settling in holy Arabia, they are spreading into Afghanistan, they are pushing their way everywhere, so that defenses have developed. Desperate young people then resorted to terror. Of course we must condemn suicide bombers and attacks. But one has to consider why so many young people are so desperate that they are available for such attacks.

In the second part of the interview you can read why it is so difficult for the Pope to admit mistakes and why Hans Küng does not fundamentally reject negotiations with Hamas and the Taliban.

Could the Catholic Church contribute more to the solution of these conflicts and to the dialogue between the religions?

After all, it must be said that John Paul II clearly rejected the Iraq war, as did the Patriarch in Moscow, the Archbishop of Canterbury, the World Council of Churches and the US Council of Churches. The churches are not as easily excited about war as they used to be. Of course, more could be done, especially in terms of education. 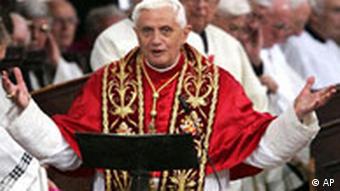 Pope Benedict XVI at his speech in Regensburg

When the Pope in Regensburg wanted to commit Islam to a religion of violence, he himself realized that it was the wrong way to go. One has to consider what traces of blood Christians have left in history. You become humble and won't say that we have the religion of love and they have a religion of hate. The majority of Muslims in Egypt, Morocco, Afghanistan or Pakistan want peace like you and me.

Do you think that Pope Benedict sees his speech in Regensburg as a mistake? You don't get the impression that he has clearly distanced himself from it.

He already noticed that it was a mistake and he had to take a lot. He corrected his own speech many times. It is of course very difficult for Romans and also for the Roman bishop, the Pope, to admit a mistake. If you have an ideology of infallibility, then you also make infallible mistakes, which of course cannot be corrected. It was clear, however, that the Pope went to great lengths on his trip to Turkey to make up for the bad image that the Regensburg speech had given him.

Even if Islam is viewed with skepticism in Europe, it has a great attraction for many, especially young people, worldwide. There are 1.3 billion Muslims, and the number is rising. From Rabat to Damascus we have Islamist groups that are becoming increasingly important politically. Why is that. Do religious or social reasons play a role?

Both. It is religious groups that stand up for people. Many Muslims in these countries feel that the ruling elites have a life of their own and care little about the people. The fundamentalist, Islamist groups - or whatever you want to call them - are very keen to do something for the people. They take care of schools and education, give clothes and food. 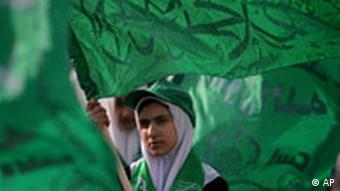 Why did Hamas win the elections? Because she stood up for the people. One of the biggest stupidities of Western politics - by the way, part of German politics - was not to recognize these democratic elections. Instead, they came up with the index finger: You have to recognize Israel! Put that to people who have been terrorized by an occupying power for decades. That's not the way to solve problems. You have to take note of the fact that there are parties that may have Islam as their basis, but who stand up for the people.

You have a better example with Prime Minister Erdogan's party in Turkey. Why did they win? Because they stood up for people. They have shown - despite all their weaknesses - that they have made tremendous progress in the country and have by no means established an Islamic state of God like the one in Iran. They want a democracy, but they don't want to simply ban Islam into the purely personal sphere, as it was under Ataturk.

You once described Turkey as a "laboratory for democracy". Do belief, religion and democracy go hand in hand?

Religion can go together with democracy. The leading architects in Europe from Charles De Gaulle and Konrad Adenauer to Robert Schuman and Alcide De Gasperi were devout Christians. The fact that Islam currently has more problems with democracy than Christianity is due to the fact that, in contrast to Christianity and Judaism, there was no Reformation or Enlightenment in Islam - except in certain circles. If you want to help, you have to support the moderate forces and isolate the radicals. The stupidest thing is to use armies against such people. It's as stupid as using fighter planes against the mafia.

You cannot negotiate with al Qaeda. This is a secret terrorist organization. You can only dry them out. But the West watered it so that it could sprout. The American secret services recently admitted in secret documents that the Iraq war helped al Qaeda. There used to be no al Qaeda in Iraq. You could certainly negotiate with the Taliban. They're not just crazy people. There are extremists there too, and on the other hand those who warned the Bush administration about 9/11. That was not taken seriously. There were tribal leaders in Afghanistan who warned against invading with an army.

When I wrote the book in 1990, there was of course the hope that in future problems would not be solved with military means, with aggression, with enmity and war, but - as had prevailed in Western and Eastern Europe - with mutual solutions Understanding, through cooperation and integration. Unfortunately, this has been disrupted by the insane policies that the second Bush administration initiated with a clique of arch-conservative Jewish intellectuals, so-called neocons and Protestant fundamentalists. 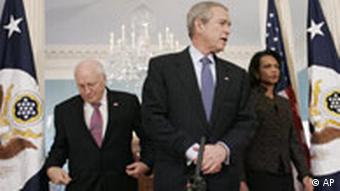 What comes after Bush Jr.?

I am not an enemy but a friend of the Americans. I hope that in spite of this setback, the policies of Bush Jr. has brought, America has returned to the great democratic tradition of the country and wants to be supremacy in the sense of understanding, moderation and world peace.

Did it actually hurt you that Pope Benedict XVI. Has never accepted your idea of ​​the Global Ethic?

He accepted the idea itself. He also sees that there must be common ethical standards. In the conversation he admitted that these must apply equally to believers and non-believers. One could only have expected that he would clearly advocate this idea himself. But what is not yet can still be.

The Catholic theologian and church critic Hans Küng has made a name for himself as a pioneer of the dialogue between religions and as the founder of the Global Ethic project. The Vatican had withdrawn the Swiss teaching permit in 1979 because the latter had questioned the Pope's infallibility. In the fall of 2005, Küng, born in 1928, was given birth to Pope Benedict XVI. received for a conversation.