Fruits are known to be rich in vitamins and minerals and are well suited for an alkaline diet. They also get the digestion going, even if they have fallen from the tree or bush and are dry. Dried fruit, dried fruit or dried fruit are fruit that has been dried using air or heat and has a residual moisture level of around 20 percent. Drying takes place in the household or industrially.

Dried fruits are a treasure trove filled with vitamins and minerals, even if they lose vitamins and flavorings due to the heating process during drying. The vitamin C dissolved in water is lost; B6 is in dried fruits, however, the minerals calcium, iron, magnesium, phosphorus, potassium, sodium, copper and manganese, the secondary plant substances, grape and fructose are still richly enjoyed from such fruits.

The taste and content of dishes to which dried fruit is mixed gain from these substances. The intestines are particularly good at the high fiber content; it is therefore advisable to drink plenty of fluids so that the fibers swell.

The nutritious natural fructose develops in the blood more slowly than table sugar. This relieves the metabolism and ensures a longer satiety. Dried fruits have lost water and thus their volume and contain their ingredients in concentrated form - including nutrients and calories.

They are so popular with hikers and mountain enthusiasts because they take up less space in the backpack, are significantly lighter and spoil much less quickly than in their fresh form. The fruit acids contained are not only natural flavor enhancers, they also reduce or prevent bacterial growth. Dried fruits contain an average of around 250 kilocalories per 100 grams (this is a rough guide) and around one to five grams of protein. The modern desk fighter must carefully incorporate this considerable calorie content, which was existential for earlier hunters and gatherers, into his working day.

Preserving fruit by drying is probably the earliest form of preserving food. People of earlier times, like today's athletes, valued sweet-tasting, filling and long-lasting provisions. The first meeting was certainly informal: Fruits that had fallen from trees, bushes or vines were naturally sun-dried and caught the attention of the collectors. 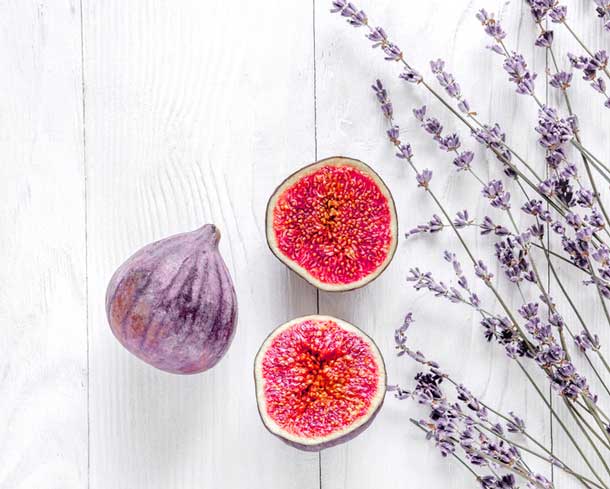 The date palm (Phoenix dactylifera) is one of the earliest cultivated trees and has been shown to have been grown in ancient Mesopotamia. The hot sun made for an excellent success. The relevant knowledge was also quickly acquired: an artistic Assyrian relief, around 3,000 years old, shows the artificial pollination of female date palms. Dates are ideal for drying. The productivity and durability of the date palm came as an additional benefit: an average of 50 kilos of dates can be harvested per tree per year for a good 60 years. Thanks to such good yields, dates became the cheapest staple food and at the same time a sweet, rich delicacy for people and animals.

From Mesopotamia it is said that the villagers even preferred to enjoy dates dried, as a sweet or a side dish. She had also already been discovered as a flavor enhancer for meat dishes. Dried dates were loyal companions to travelers, especially those who tackled long desert crossings, providing them with food and enjoyment.

The first written mention of recipes, recorded on clay tablets almost 4000 years ago, also comes from Mesopotamia. A large number of diverse recipes seem to have existed especially for dried fruits integrated in bread, made for simple workers as well as for distinguished people.

Almost all dried fruits are suitable as an ingredient in bread. They are still incorporated into the bread dough either when mixing or kneading again.

Most of the Egyptians preferred dried figs and took them with them on their last journey, as can be seen in graves and wall paintings. As a staple food, dried figs satisfied rich and poor Greeks, especially Cretans. The historian Pliny reported that dried figs had the same status as bread and comparable staple foods. In Turkey figs are called “Yemis”, which means: “I am full”.

Grape cultivation began in Armenia and the eastern regions of the Mediterranean. They were not only enjoyed fresh or as wine, but also buried in the hot earth - a processing method practiced throughout North Africa to obtain the popular raisins. The seafaring Phoenicians contributed a lot to the spread of the raisins. The Romans practiced raisin consumption on an almost gigantic scale, across all social classes. Soon the dry grapes were promoted from the common food to the reward for successful athletes. They finally climbed the (economic) Olympus when they were even used for barter transactions.

All Roman households were careful to have a sufficient supply of dried fruits in the house at all times. Figs, in particular, but also dried apples and pears were the most important winter supplies of the Roman rural population, as the agricultural author Columella noted in the first century.

The plums, apricots and peaches from distant China were only a treat for wealthy Romans due to the steep prices, but they were happy to indulge themselves. In northern regions with merciless winters, dried fruit was an indispensable source of vitamins from an early age. 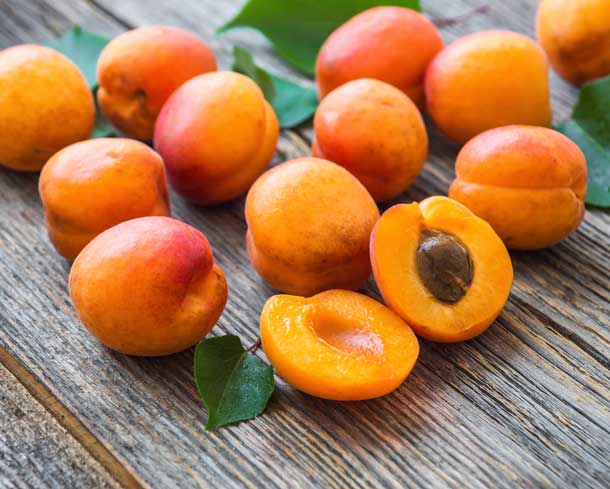 In the times of the great seafarers, supplies of dried fruit were carried with them to prevent the dreaded deficiency diseases. On the five ships of the Portuguese circumnavigator Ferdinand Magellan in 1519, 100 kilograms of dried plums, 18 quintals of dried grapes and various boxes of figs were loaded as provisions for two years.

In the 21st century, delicious dried fruit is popular almost all over the world. It is a component of fruit slices, mueslis, chocolate, ice cream, pudding, yoghurt and quark, juices and pastes. Dried fruit is still used in fruit breads, in which the organic acids serve as a humectant and help the dough to become more stable. Rolled roast or sliced ​​meat with dried fruit is enjoyed in Germany as in Switzerland.

Dried fruit is also used in numerous sauces, soups, marinades and foods that appeal to children in particular, as its natural fructose gives many dishes a sweet taste.

In addition to the long-known dried fruits already mentioned, pears, strawberries, kiwis, cherries, cranberries, barberries and rose hips can also be dried well. In the meantime, we even know exotic species such as pineapples, papayas, bananas, mangoes, coconuts, mulberries or the dried tropical jackfruit. Some varieties, for example strawberries, are also offered freeze-dried, which gives the fruit its original taste and makes it light and crispy. 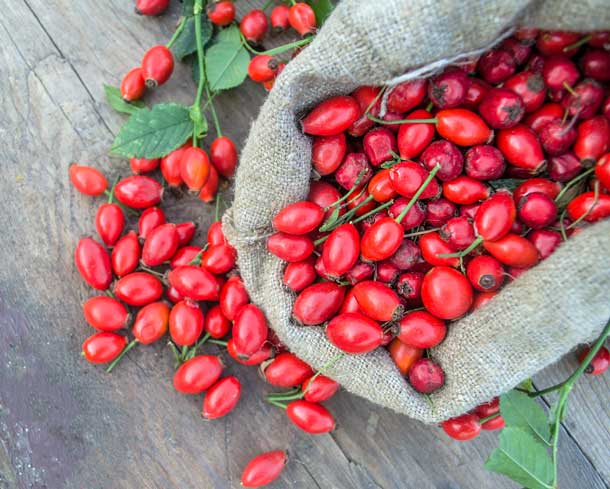 Legumes, tomatoes, aubergines, olives and peppers, although not fruit, are among the so-called “fruit vegetables” and are also popular dry goods. You can get sun-ripened tomatoes in different forms, including pickled in oil like eggplant and peppers. Good dried olives naturally ripen on the tree and look almost as wrinkled as raisins.

Dried fruit is usually not suitable for people with kidney problems, as the fruits contain a lot of potassium. This can be dangerous for dialysis patients, for example. People who suffer from fructose malabsorption or fructose intolerance should avoid it due to the high fructose content. And for those who want to lose weight, the sugar-rich fruits are a healthy snack at most in small quantities - they should prefer fresh fruit.

Industrially dried fruits persistently shine in the most beautiful colors, which is due to the fact that they are sulphurized and often also treated with preservatives. Not everyone likes this, and not everyone can take it: In asthmatics and sensitive people - in very rare cases - sulfates and sulfur dioxide can cause reactions similar to those of an allergic attack.

Drying fruit is not a lot of work, but it takes time and, depending on the drying variant, a lot of energy. The drying process can take place at temperatures between zero (uninsulated attic) and 70 ° C (oven). The temperatures should never be too high, because otherwise the taste and aroma will be lost.

Drying can be done “multiplex”: in an electric dehydrator, in the oven, on the heater or a wire rack, in the attic or by hanging the items to be dried in a dry and warm place. Microwave drying, on the other hand, is not recommended by experts.

If you live in a sun-drenched place, fruits can be dried outdoors on an air-permeable surface or sliced ​​on a string. If you dry outside, you have to avoid high humidity, otherwise the fruit will start to mold.

In locations with less climatic conditions, drying in the oven or in an electric dehydrator works best. The door of the oven should always be ajar so that the moisture can escape. This method is a real energy guzzler, which is only suitable if you only want to dry fruit a few times a year.

Apple rings, for example, take about four to five hours at 60 to 70 degrees. For larger quantities, a good dehydrator with a timer and temperature preselection is the best solution. Whole fruits, halves or slices can be used. The more water-containing the fruit, the smaller and thinner the pieces have to be so that they inker dry than they can spoil. Cores should be removed before drying.

Since the eyes naturally eat, soak your fruits in lemon water for five minutes before drying, then they keep their attractive color just as appealing as sulphurized material. The individual pieces are placed or hung at a distance from one another and touched as little as possible in order to prevent them from sticking together.

How to eat healthily?

For Alfred Vogel, nutrition has always been essential as the basis for our health. But what is healthy eating?

Healthy nutrition according to A.Vogel

From A for immune system to Z for moral courage. Here you will find all topics and complaints in alphabetical order.

Do you have any questions about health or nutrition? Give us a call! Let the experts at A.Vogel advise you FREE of charge.

A healthy recipe with a nutrition tip once a month.

Seasonal and natural cuisine with a bite.