Sydney Australia is a coastal city

Coffs Harbor is the name of a coastal city in the north of the Australian state of New South Wales. It has about 46,000 inhabitants and is the largest city on the Holiday Coast. The city on the Australian east coast is a popular travel destination because there are more options for shopping, dining and going out than in the other cities on the Holiday Coast. In contrast to the smaller cities, where you can take a leisurely vacation from everyday life, Coffs Harbor is characterized by a lot of hustle and bustle during the day and an active nightlife. In Coffs Harbor you can enjoy a contrasting landscape, mountains of 1,562 m height with steep cliffs and gigantic waterfalls that tumble down into the valley. The best travel time is summer. It is mild to hot, but not muggy.

Coffs Harbor is around 530 km north of Sydney and 400 km south of Brisbane. You can easily reach the picturesque coastal town by rental car or camper via the Pacific Highway along the east coast. If you want to travel cheaply, you can also travel cheaply with the Greyhound Australia bus or train. 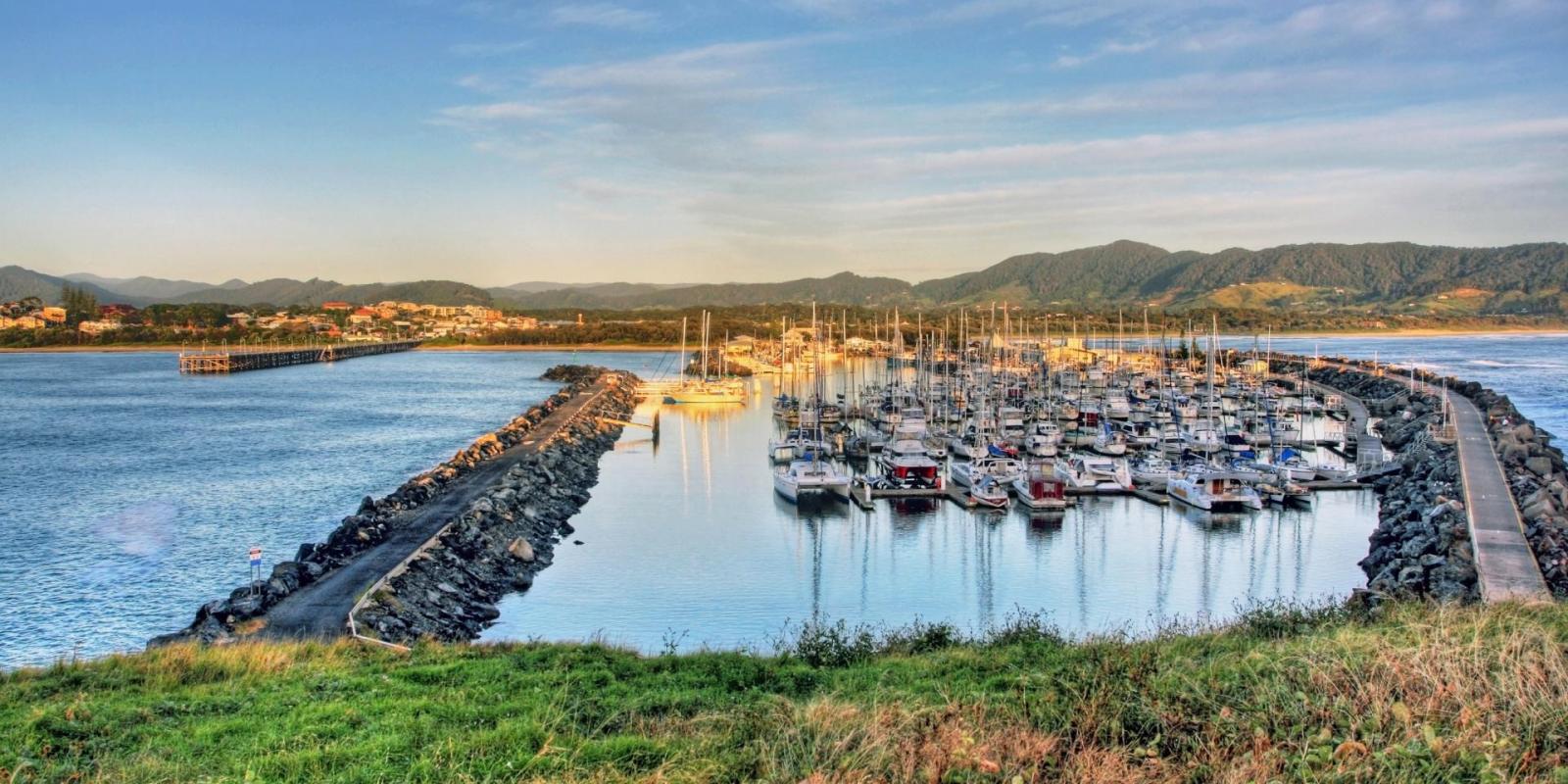 The first thing you should do is go to the beach at Coffs Harbor Jetty. This boardwalk is a popular photo opportunity and from here you have a nice view of the place - better still: Drive straight to Muttonbird Island, which is very close.

In the historical museum of the city, old tools, pictures and everyday objects from the pioneering days are presented. Tourists who want to find out more about banana cultivation in the area around the city can do so at the Big Banana. This is the name of a concrete banana that can be walked on. On a ride on the mini-train you can learn all sorts of interesting and entertaining things about bananas. By the way, you will also see the Big Banana if you just simmered while passing through and don't want to stop at Coffs Harbor. 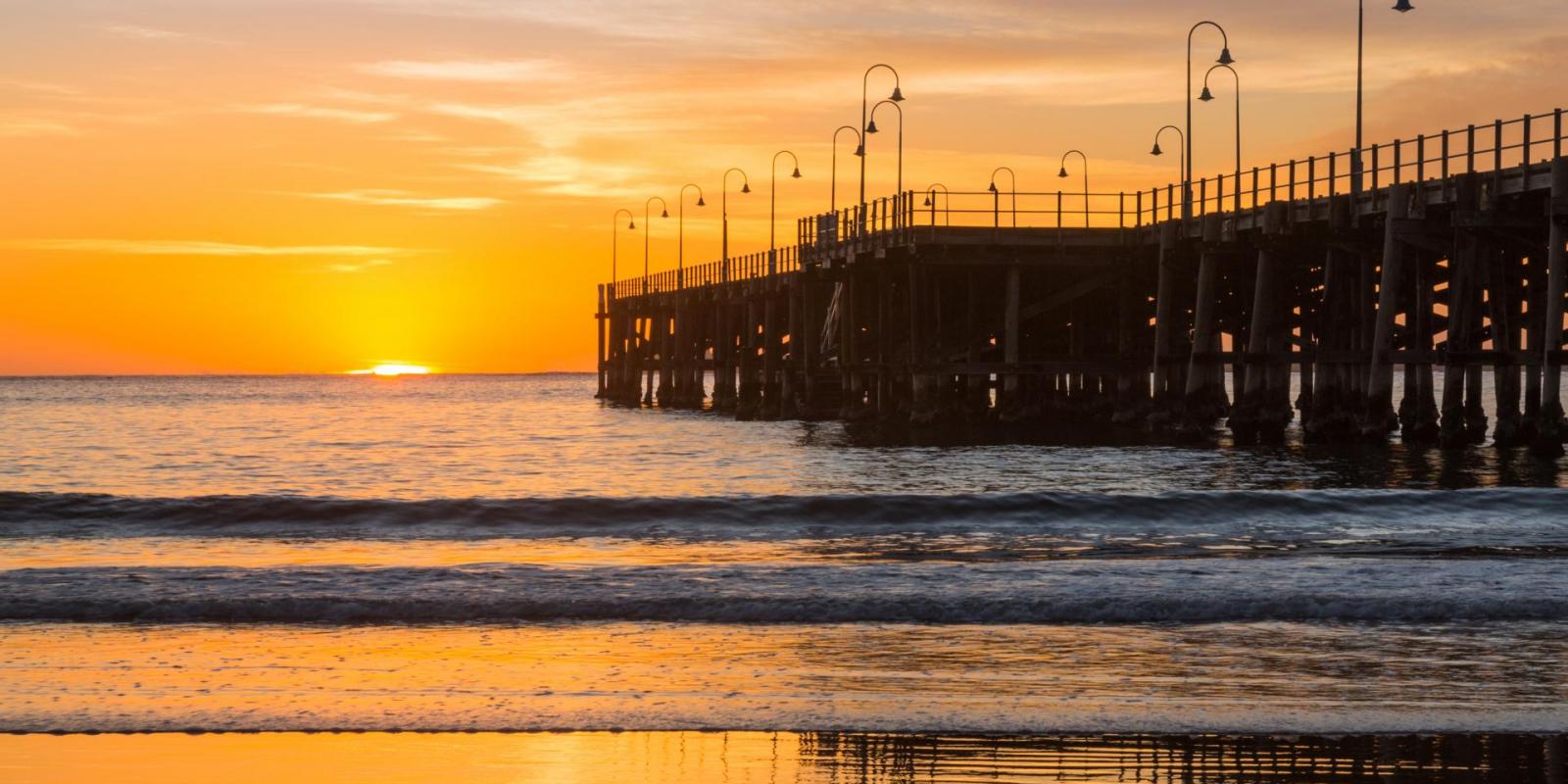 People who visit the city on the east coast of Australia and want to enjoy nature have the opportunity to cross over to Mutton Bird Island. The breeding colonies of many bird species are located on the small island, which is also called the bird island. From there you can also watch dolphins and humpback whales swimming by. In Coffs Harbor you can book whale watching tours during the season.

Plant lovers can get to know the local flora on a guided walk through the North Coast Regional Botanic Garden. Those who prefer to look at the underwater world can do so directly in the reef off the coast of the city. Art and culture lovers will get their money's worth at the Coffs Harbor Regional Gallery. Changing art exhibitions by national and international artists, workshops and concerts take place there. 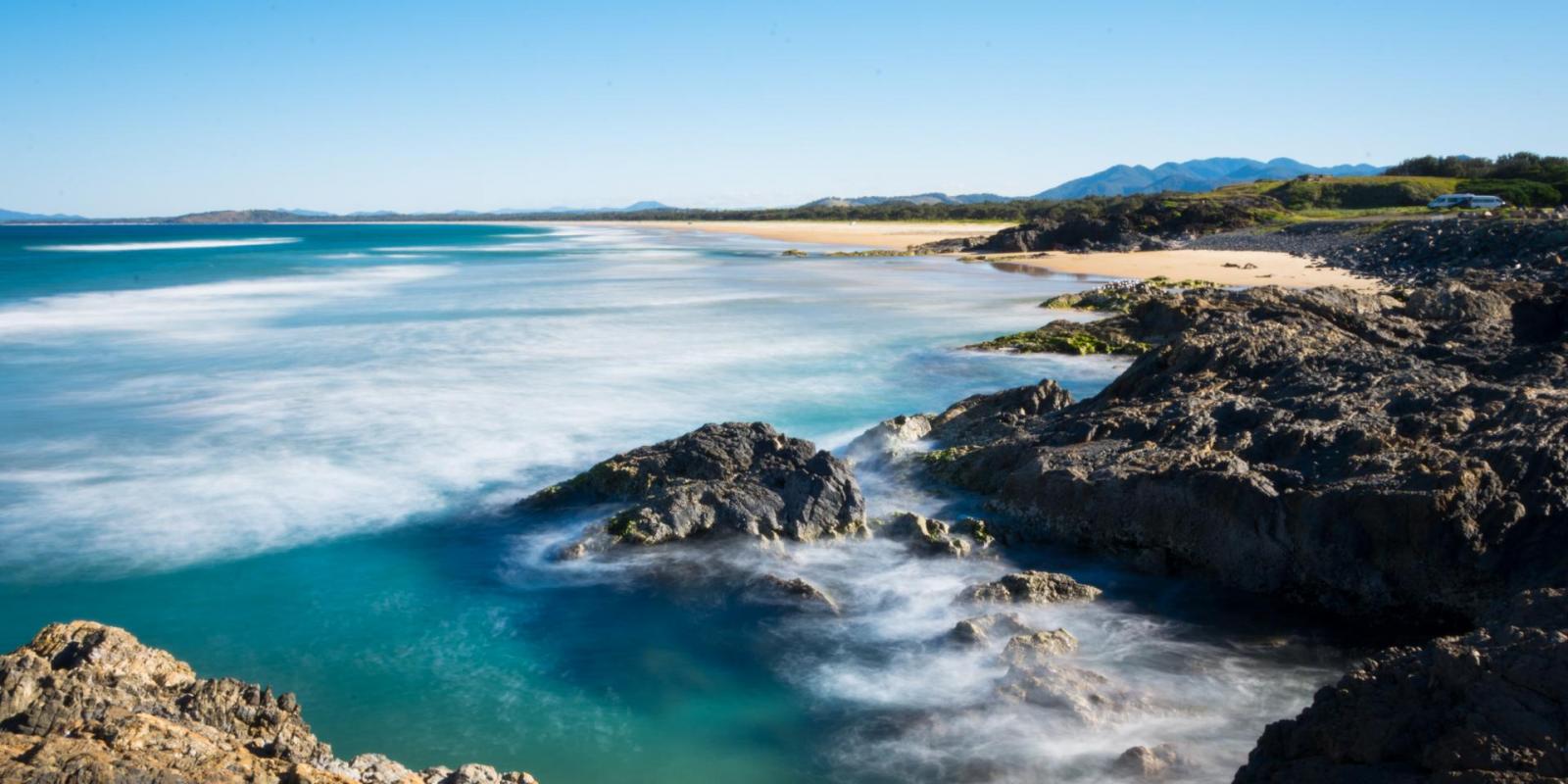 Holidaymakers who want to swim and surf have several beaches at Nambucca Head (40 km south of the city), where they can still find a free spot even in high season (South Beach, Main Beach, Beilby's Beach and Nambucca Inlets) .

Outside of Coffs Harbor

If you don't just want to see the beautiful landscape around Coffs Harbor from a distance, you should definitely take tours in the area from there.

About 40 km to the south of the city is Nambucca Head in the Nambucca Valley, which was once an important center of the timber industry. In this region there are extensive banana plantations because of the mild and balanced climate. From the Captain Cook Lookout you have a good view of the extensive river delta and the white Pacific beaches. 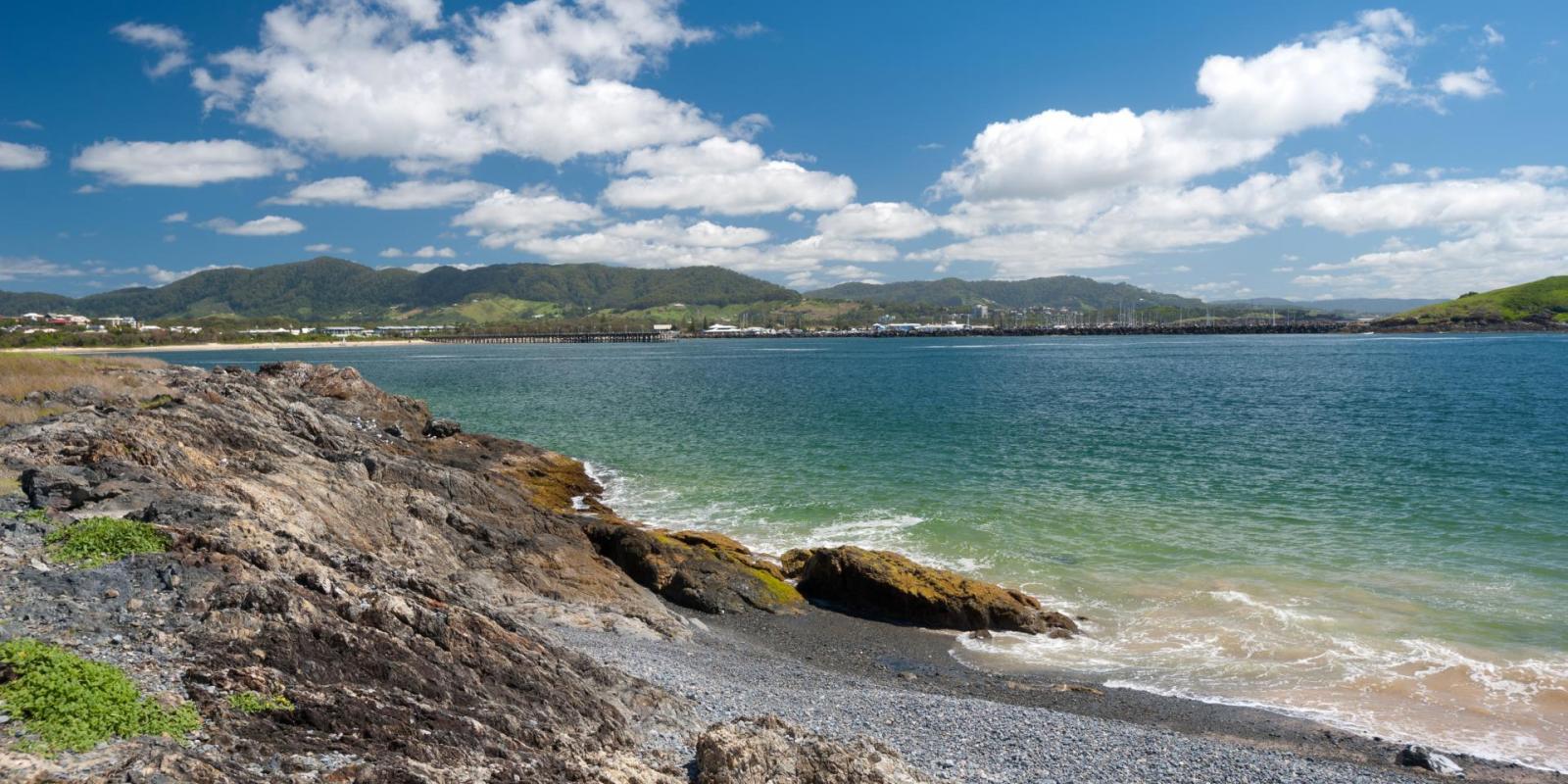 For hikers there is a trail that leads from Nambucca Head through the mangrove thicket of the river delta. At low tide you can see the many mangrove crabs that have washed up there.

The Dorrigo Plateau still consists of subtropical and cool temperate rainforest from prehistoric times. To the east it drops almost vertically. There the interested visitor will also find the Dorrigo National Park, an area of ​​8,000 hectares with different types of rainforest (warm, cool, subtropical and dry), which is home to around 60 species of birds.

Those who take the Waterfall Way hiking trail will - as the name suggests - pass various waterfalls. There is also the highest waterfall in Australia, the Wollomombi Falls (220 m). It gets airy on the Canopy Walk: You walk on a narrow wooden walkway over the treetops to a viewing platform.