Which pawn should you move first?

The 10 commandments of the opening - for beginners!

The 10 commandments of the opening!

There are many rules and guidelines for the 3 phases of a game of chess. This article covers how to "get off the starting blocks" quickly and safely!

Development means "to build and to create". Development in chess means that at the beginning of a game you have to develop your position by moving all your pieces from the basic squares as quickly as possible. Using your whole army is an absolute must when playing Chess game at a high level.

Wait a minute, isn't that the same rule? ... Hhhhmmm, that's weird. What I want to express with this repetition is that you should move the "small" figures first. The little figures are the jumpers and the bishops. These are the easiest to develop and should therefore be drawn first. In the 5th and 8th commandments we talk about the development of the "big" figures, i.e. the towers and the queen. A basic rule, however, is that the large pieces should only be developed when all the small pieces are in the game!

3rd commandment - to be or not to be? To develop or not to develop? DEVELOP!

Even if the 7th commandment will say something different later, it is best if you place your pieces towards the center of the chessboard. Here's a fun example of what your position in a perfect world could look like after a few moves:

4th Commandment - Do not move a piece twice in the first 10 moves!

After we have internalized the first 3 commandments and the small example, this rule is certainly easy to understand. Just look at the next example and judge how suicidal someone must be who jumps around wildly with his jumper while his opponent develops. Going up against an opponent's army with just one piece just can't go well. Here is the example:

Now that we have obeyed the first 4 commandments, we just mustn't bring the queen into play too early, then you always have to think of the following: the queen is,besides the king the most valuable piece on the board! Some players even say that the queen on the chessboard is more valuable than your own mother (which is just a joke, of course, in case children are reading this

). If you send the lady unprotected into battle with the opponent's little firgures, then she can be attacked very easily or even be lost. Here is an extreme example:

6th Commandment - Cast the King in the first 10 moves!

Actually it should be possible to castle in the first 7 moves, but because I'm so nice, I'll give you some freedom when castling. Castle the King is one of the smartest things you can do! Really! Perhaps the best invention since the bread slicer or the Dixi toilet! 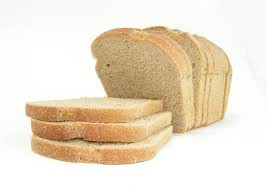 In any case, castling is the most efficient way to keep the king safe and at the same time bring a rook into play, after which your own army is much better coordinated. And all of this with a single train! I don't think we need a diagram here to illustrate the importance of this move and you know the rules of castling (1. You cannot castle if the king or the corresponding rook has already moved. 2. You cannot castle if you are in Chess stand. 3. You cannot sneak through any chess). So if you have the chance to castle the king, go for it!

Imagine a football game in which your team positions all 11 players on the two outer lines and nobody in the middle of the field or in the 16! Your team would of course lose and the coach would be fired for this strange tactic. It's exactly the same in chess! You have to have your pieces play in the middle of the board, where the action takes place! Here is an example (it's constructed and from no real lot, but educational nonetheless) of what happenscouldif a player makes even one passive move in the initial phase:

This rule is your life insurance, because it is often the case that you obey the first few commandments of the opening, but then get careless. This 8th commandment shows you that Your development is only complete when your towers are connected. Because what must inevitably have happened beforehand? (1) you have moved all the small pieces from the back row. (2) did you castle, and (3) have you brought your lady to an active (but hopefully safe) field. So if your towers are connected, then most likely you have completed your evolution ...

If you have understood and followed everything up to this point, then you have a plan for how to play the opening. You want to bring all of your characters into play, that Occupy the center, and keep an eye on threats from your opponent.The next step is now to develop the characters in the best possible fields in which they fulfill certain purposes and tasks.

It's actually very simple: Instead of just bringing the characters into play, you should think about why and why You move a piece to a certain space. Move your knights to fields on which they attack opposing pawns. Draw your bishops onto fields where you tie up the opposing jumpers! Draw your rooks on open lines (or lines that will soon be open) and not behind your own pawns. The possibilities are endless!

These are the Basic rules the successful game of chess and the beginning of the study of opening theory. Learning about openings is simply necessary, because it is impossible to find the same best moves in a few minutes of a game of chess in order to get positions that grand and world champions have racked their brains over for weeks. Here is an example of a tournament opening with a few notes about it:

10th Commandment - Attack the opponent in the direction of your pawn structure!

The secret of a successful attack is the pawn! Your pawns are the only pieces that never withdrawcan. This means that every time a pawn moves forward, this is a new fixed point on the board. Weaknesses in the pawn structure are therefore permanent and usually cannot be corrected, and are therefore called positional weaknesses. This is the key to understanding positional chess.

But what does positional chess have to do with the opening?

A good player always looks for open lines for his rooks and open diagonals for his bishops. The pawn structure, which the players bring to the board in their first moves, tells a good player at the beginning of the game where they should best place their pieces in order to make the best use of these positional weaknesses in the opposing position. In the same way, your own pawns in particular can block your own attack, which is why you should always attack in the direction of the "open end" of your pawn chain. So think carefully about every pawn move, because pawn moves cannot be undone.