Why is Trump popular in China

“Congratulations it's a boy!” Was the joke on Chinese social media when Donald Trump won the November 2016 election.

At that time I observed the reactions of Chinese internet users to the news of Trump's election victory for What's on Weibo and found that many welcomed the result. What they valued was Trump's "fight against political correctness" and his new and pragmatic approach. "A new broom sweeps better," was something that was read over and over again. There was a mood of positive excitement about this new president, this "weird businessman" who stirred up the world political scene.

There were also voices that said Trump was not an ideal candidate, but Hillary Clinton was much worse. She was seen as THE “anti-China” candidate because of her favorite topics of human rights, women's movement and internet freedom, which is why many were happy that Trump won the election and not her.

In 2020, however, the mood towards Trump - and the US in general - is very different. The whole world is following the developments surrounding the US elections with great interest - so let's see what views on the Trump-Biden decision are emerging in China's social media. 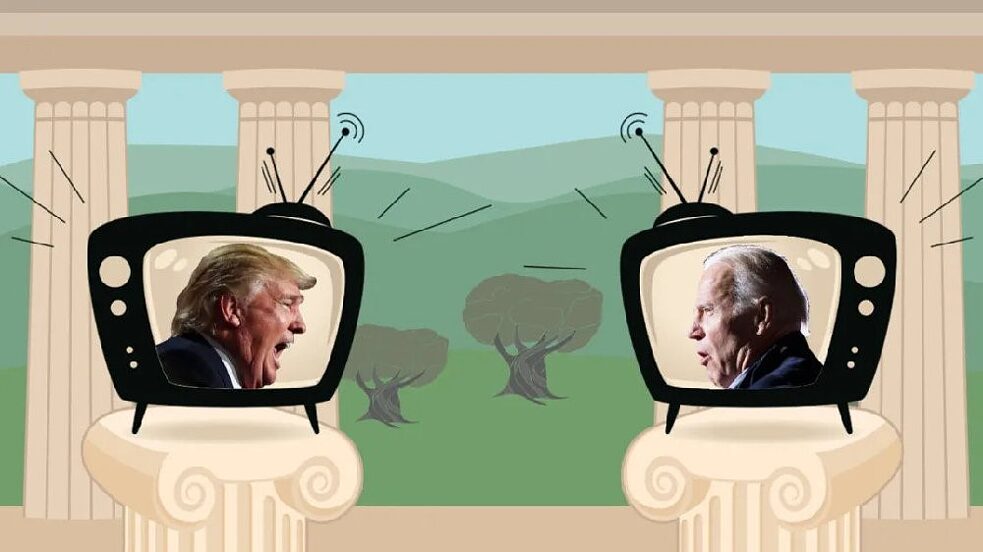 Opinions on Trump are shifting

While attitudes toward Trump tended to be positive on social media and even official media shortly after his 2016 election, this changed after the controversial phone conversation with Taiwanese President Tsai Ing-wen and the 2016 Fox News interview where Trump questioned the one-China policy. After that, many Weibo users called Trump an idiot who had “no idea about diplomacy”.

In 2017, Trump's then 5-year-old granddaughter Arabella, who had learned some Chinese, apparently became part of an American charm offensive in China. A video with the girl, daughter of Ivanka Trump and Jared Kushner, was shown to President Xi Jinping and his wife, First Lady Peng Liyuan, having informal tea in the Forbidden City. In it, Arabella, who wore a little Chinese dress, sang songs in Chinese and recited a few poems.

The video has received millions of clicks on social media and has been widely shared by internet users and official media outlets such as Xinhua, People’s Daily and CCTV. Many saw the video and Arabella's willingness to learn Chinese as a sign of the improving friendship between the US and China, calling it the best gift Trump could have brought on his visit. 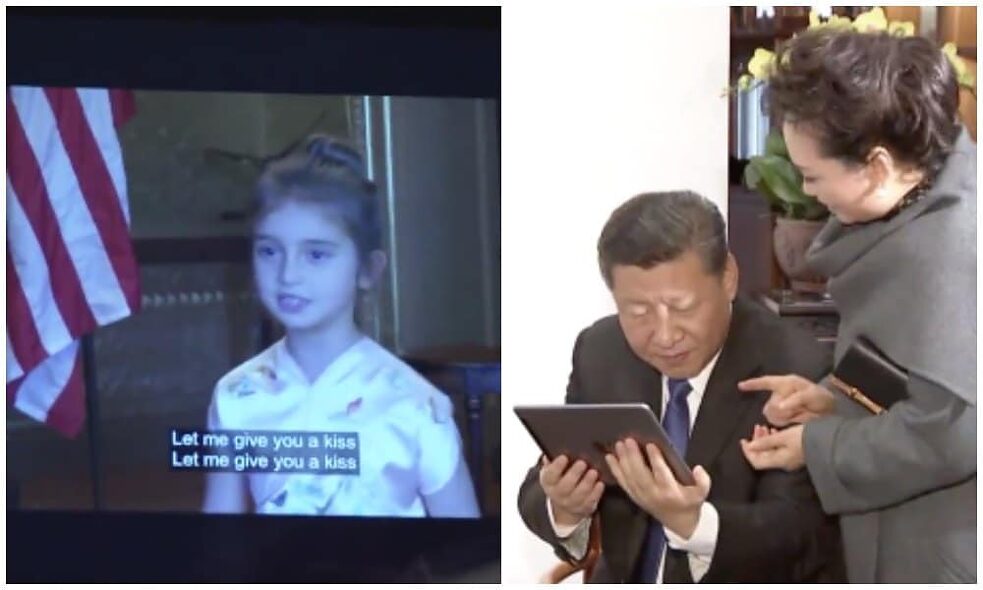 Arabella's video | Screenshot of What's On Weibo But in the past two years, along with deteriorating US-China (trade) relations, opinions on Trump have turned negative.

When the US Department of Justice officially charged the Chinese telecommunications company Huawei with theft of trade secrets in 2019 and demanded the extradition of the chief financial officer Meng Wanzhou (who is the CEO's daughter), there was only one interpretation, which was also repeated by the Chinese media : that the US is waging a battle with its legal system that is actually politically motivated; that it's not about the Huawei company at all, but about China's rise to a competing technology power.

The same thought was spread by state officials, media and internet users this year after Trump announced that he would ban the Chinese apps Tiktok and WeChat. Many believed that this was not about national security, but about the fight for technology leadership.

The accusations that Donald Trump hurled against China after the outbreak of the coronavirus pandemic by repeatedly speaking of the “China virus” earned him further loss of sympathy.

When it became known in October 2020 that President Trump and his wife Melania had tested positive for Corona, it was one of the most widespread and commented messages on Chinese social media. Since the news came out during October's Golden Week, some jokingly said it was "Trump's way of congratulating China on National Day." But because Trump had previously downplayed the danger posed by Covid-19 and always tried to blame China, the general opinion of his infection was that it "echoes out of the forest as you call into it". 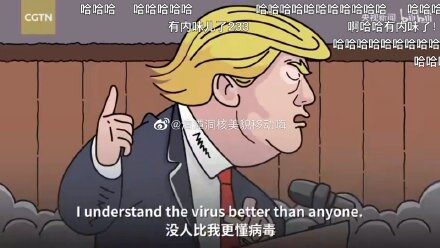 © CGTN On China's social media, Trump is often referred to as Chuan Jianguo (川 建国) refers to what can be translated as: `` Trump, who brings China to new fame. '' But there are many more memes and jokes about the president on the Chinese Internet. By getting Trump Chuan Jianguo call, people make fun of his language and his actions, they allude to the fact that his government is bringing the country to the dogs and that he is thereby accelerating the rise of China. Trump is also sarcastically referred to as America's gift to China.

After the second and final televised debate between the presidential candidates is over and election day is just around the corner, the issue of "Trump versus Biden" is being hotly debated on Weibo, WeChat and other social media such as the question-and-answer platform Zhihu. In the online discussions, the two men are nicknamed “Pupu” (普普) and “Dengdeng” (登登), abbreviations for their Chinese names “Chuanpu” (川普) and “Baideng” (拜登) ).

Although various international media reported that Beijing allegedly would rather see Democratic candidate Biden in office instead of President Trump, this official stance is not necessarily reflected on social media in the People's Republic of China. Western commentators also disagree on whether Biden is the Chinese leadership's preferred candidate. Some argue that Trump, who has weakened US traditional international alliances and is clearly not very interested in human rights issues, is actually preferred to Biden because he has strengthened China's position in the international community.

Even if opinions about Trump have changed over the years, the discussions on Weibo and other platforms about the American president are still multifaceted. Many of them do not convince Biden either. Some praise him because he comes across as “mild”, “learned” and “cultivated”, while others criticize him for many “empty words” and the use of “clichés”.

Some internet users are only for Biden because he is "the enemy of the enemy".

"Trump's pragmatic and business-like style is convincing," wrote a Beijing blogger after the second presidential debate. "I think he was better than Joe Biden, who only talks and doesn't act (...) I hope Trump wins."

In a recently published WeChat blog post about the US election on the account of the state media Global Times, it was read that it doesn't really matter to China who wins the election: “Regardless of whether it is the Democrats or the Republicans, both have a negative attitude when it comes to China. (...) No matter who comes to power in the future, the likelihood is high that they will continue to suppress China.

The author also suggested that Trump and Biden may have “different styles” of their China policies: “If Trump wins, we'll see more of what we've seen so far, albeit without international support. If Biden wins, he will be more likely to seek international unity to target China and use international organizations to put pressure on China. Human rights and democratic values ​​are also probably more important to Biden than Trump. "

There are many Chinese internet users who are in favor of a Trump victory for precisely these reasons, namely the “Build the Country Trump” conclusion. As one Weibo blogger from Dalian puts it: “I hope that Trump will be re-elected. That would just be better for China. "

A very popular Weibo blogger launched an online poll earlier this year asking if people were in favor of Trump being re-elected. 8,739 people took part, 74 percent of whom voted for Trump's re-election. Only 5 percent said they hoped he would not be re-elected. 21 percent said they didn't care about the election outcome, as it made little difference to China.

While many people are interested in the American elections, largely because of the impact the outcome will have on China, others simply enjoy the theater of American politics. "I think it's great how confident and unruly Trump is," wrote one commentator: "He's legendary. When Biden comes to power, the next four years will be a lot more boring." 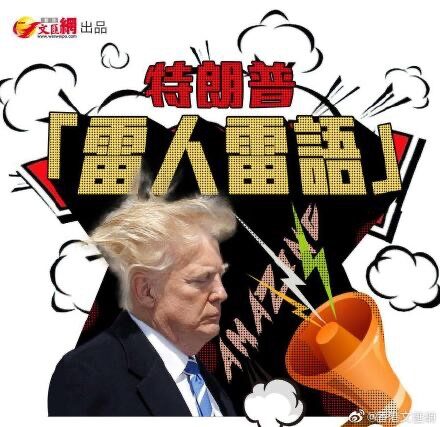 Image of Trump on Weibo | © wenweipo.com “Without Trump, the world will be less fun,” said another.

But there are also those who aren't interested in more and more Trump memes, jokes, and spectacles. "Every day when I look on my phone, everything revolves around Trump," writes popular Weibo blogger Zheng Jun, who lives in the US: "I really hope that after the elections I won't get any more Trump news must see ".

Sinologist Manya Koetse observes social trends in China and is editor-in-chief of What's On Weibo, the popular blog about current topics and digital developments in China. You can find her on Twitter at @manyapan.